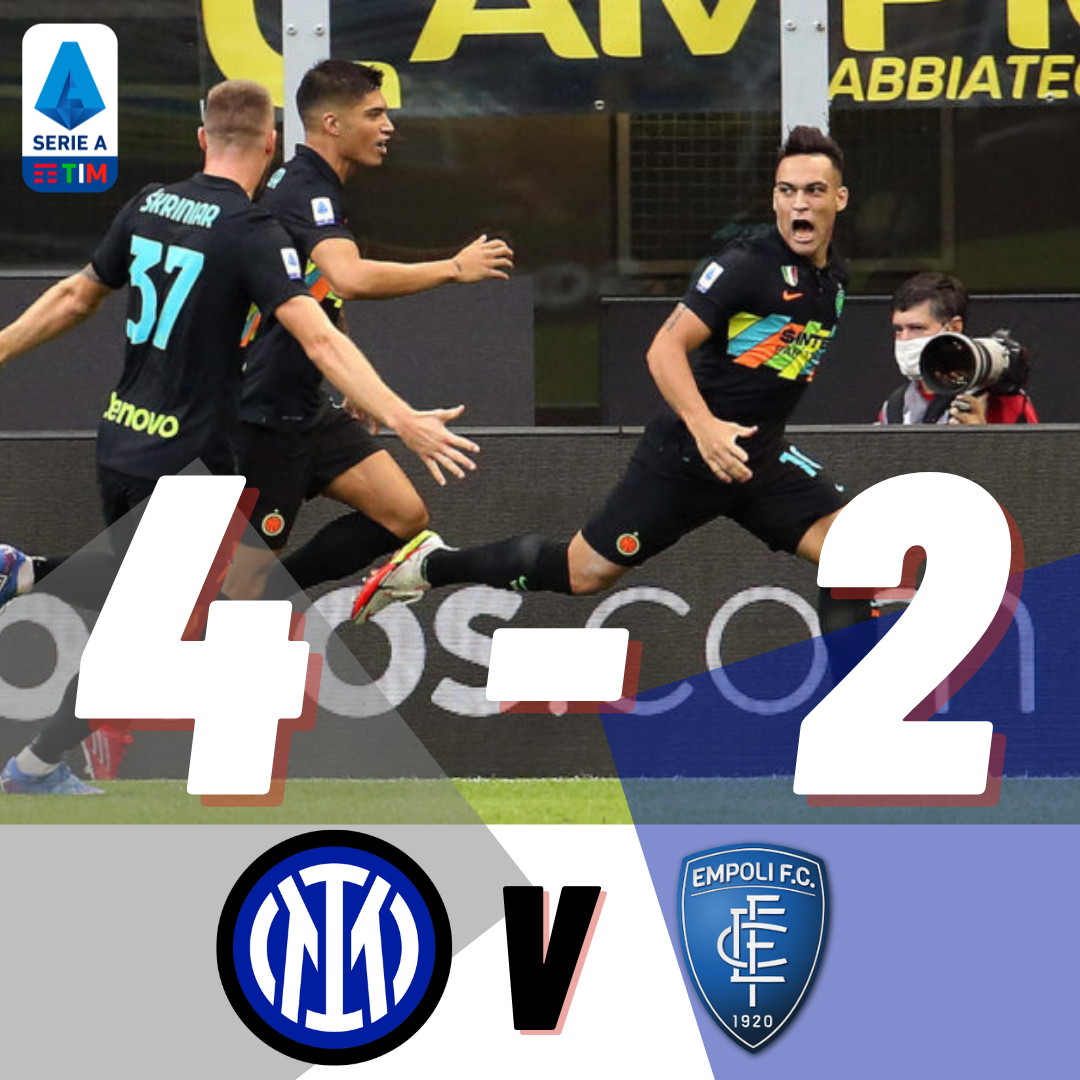 After going two goals down by the 28th minute, Inter’s Scudetto hopes were nothing but dead. But an Inter comeback against Empoli saw the Nerazzurri win 4-2 in the end. A shaky start to the game meant that Empoli had all the momentum and they made the most of it with a superb Pinamonti goal in the 5th minute. Empoli doubled their lead in the 28th minute through Asllani.

When everything look lost for the Nerazzurri, a Dimarco cross was put into the net by a Simone Romagnoli deflection. Inter soon doubled down on Empoli with waves of attacks that the visitors were somehow managing to keep out. Then a magnificent Lautaro Martinez finish brought the score back to level and put Inter into the driving seat. While the Nerazzurri had the chance to score another one before the half-time, they were wasteful.

Inter comeback against Empoli to Keep the Title Hopes Alive

In the second half, it was evident that Inter will get a third goal. And the Nerazzurri came out to make that happen from the first minute. Apart from a few chances, Empoli were deep in their own half. After numerous waves of attacks, Lautaro found the net again. This time after a clearance from an Empoli defender put the ball perfectly for him.

In pure Inzaghi fashion, Inter did not try too hard for a fourth goal. Simone Inzaghi soon brought on the substitutes to rest important players for the Coppa Italia final on Wednesday. In the added time, Alexis Sanchez managed to get his name on the scoresheet and make it 4-2 to cap an impressive comeback by the Champions. Amind transfer rumours, Lautaro Martinez has been in magnificent form lately. His brace effectively won the game for Inter.

Inter could’ve easily lost the title in this game but the Nerazzurri put on an excellent display to take all three points out of it. For the time being, Inter are on top of the table. Milan will travel to Verona on Sunday night where a favourable result can swing the momentum back in Inter’s favour. On Wednesday, Inter will play Juventus at the Stadio Olimpico for the Coppa Italia title.