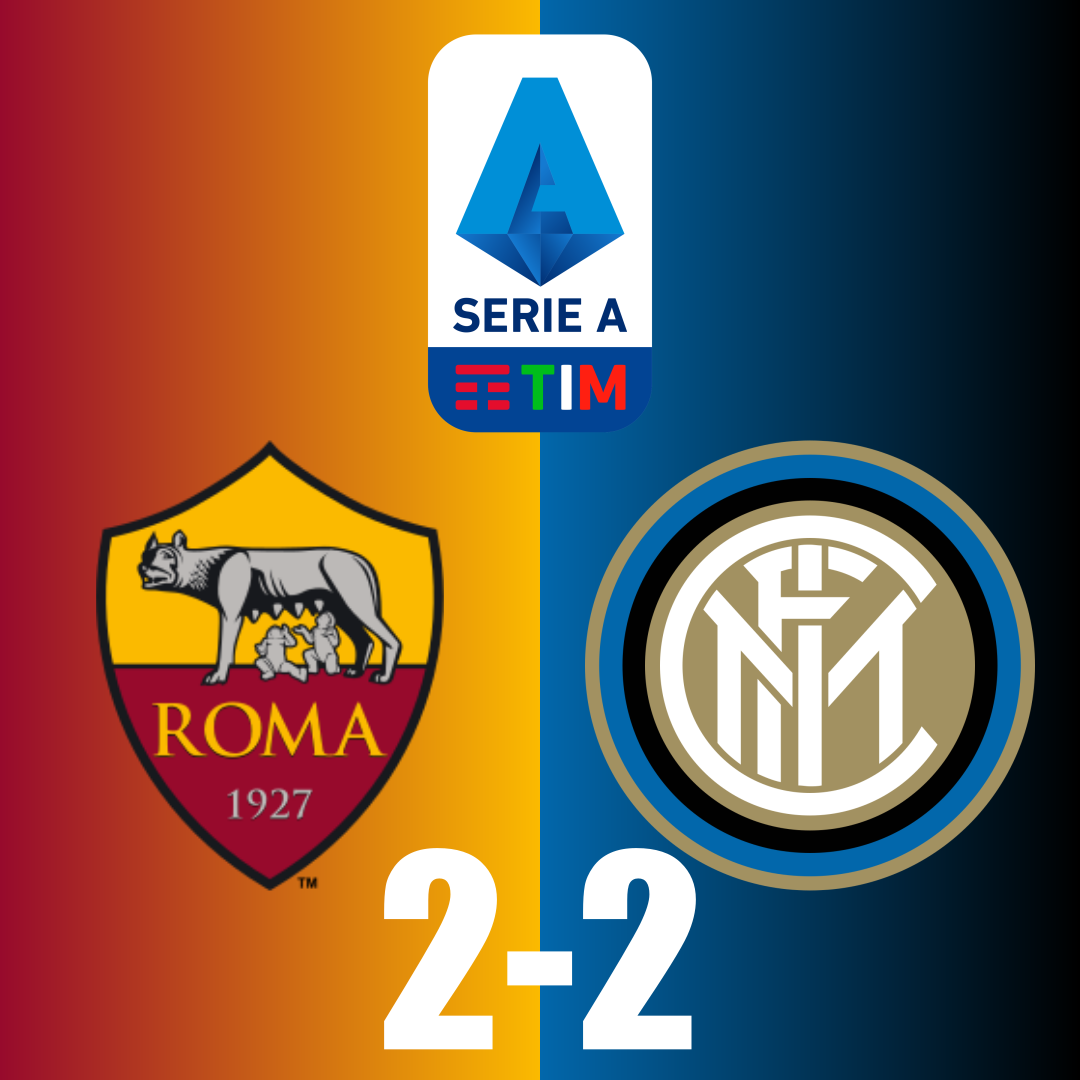 In a game that Conte’s men should’ve won, Inter draw 2-2 with Roma away from home. This is the 6th time in a row that Inter and Roma have drawn a game. Conte took the call on Young and played Darmian in his place. The Nerazzurri looked solid initially but were quickly put behind by a Roma goal. Inter’s defence looked clueless when the Giallorossi came attacking. Inter have now conceded first on 3 out of 3 occasions in 2021. Furthermore, the Nerazzurri players were moaning on each other after letting the goal in. Darmian went off injured in the first half as Young replaced him and it looks like he’ll be out of action for some time.

Starting Vidal was a gamble Conte was willing to take and it didn’t pay off that well. The Chilean did show up with an inspiring performance in both the halves but he is way past his prime. Vidal also missed a sitter in front of the goal in the second half as he tripped over. When he went off for Gagliardini, the Inter midfield looked shaky and lifeless. In the second half, Inter came on as a different team as they’ve done so many times this season.

The Nerazzurri levelled the score through a corner which Skriniar headed home. Less than 10 minutes later Hakimi showed why he is one of the best players Inter have signed in the recent past. The young Moroccan took a left-foot shot that hit the crossbar, then the post and went in. After his goal, Inter lost the plot and sat back to absorb the pressure.

Inter were the superior side in the game and Conte failed to understand this. Right after Hakimi put Inter in front, the Nerazzurri started parking the bus. With how Inter have defended this season it was a certain gamble to try and defend a 1 goal lead. Roma took their chances as Conte put on defensive players to solidify the effort. Taking Hakimi off wasn’t the best of his decisions during the game. Roma kept attacking the Inter goal as Handanovic kept them out more than a couple of times in the second half. But a rookie mistake of not being attentive during the corner cost Inter a goal in the 86th minute. Unfortunately, Inter had taken off all of their firepower to make the push for a winner.

As Inter draw 2-2 with Roma, Milan have attained a 3 point lead over the Nerazzurri at the top of the table. With an away game against Fiorentina in the Coppa Italia and playing Juventus in less than a week after that in the league, Conte has some problems to address.