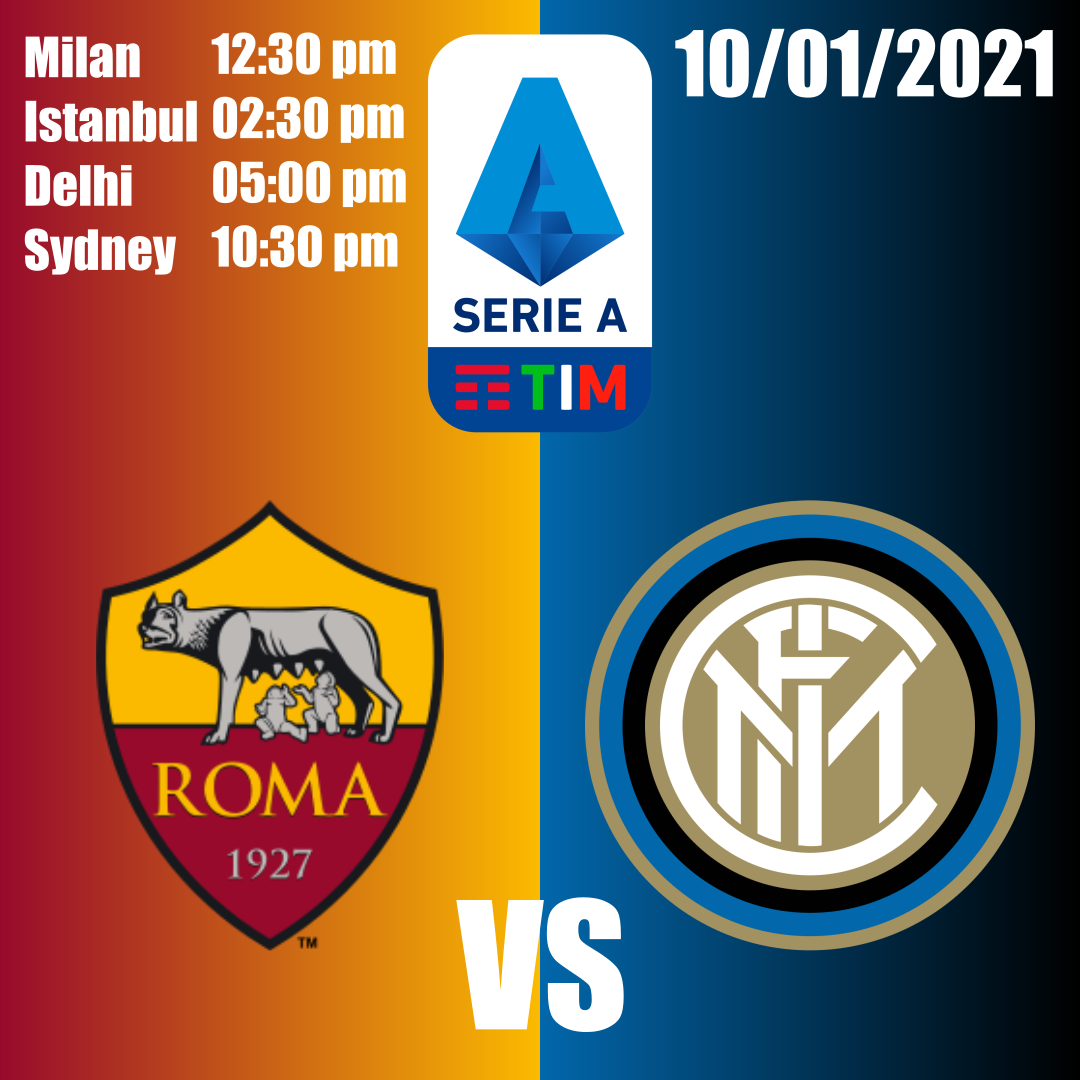 The Roma vs Inter 20/21 game will be one of the most anticipated ones of the season. The two title contenders have played 5 draws in their last 5 meetings. But, this time around, both the sides are in massive form. The Giallorossi are unbeaten in their last 12 home games and have picked all 6 points in 2021. On the other hand, Inter lost to Sampdoria in their last game to break an 8 game winning streak. But, as Lukaku returns to the playing 11, Inter look threatening again.

Inter’s blip against Sampdoria has given Conte a lot to think about. The Nerazzurri defence is most certainly shipping a lot more goals than it should. From being the best defence in the league, Inter have become a shoddy defensive unit this season.

But, when Lukaku is on the pitch, the Nerazzurri play like they can score at will. Subsequently, Paulo Fonseca’s side are not the ones Inter will want to take on defensively. Roma’s attacking patterns have been impressive this season. More importantly, the Giallorossi will trouble Inter’s defence.

Roma vs Inter 20/21, Conte needs to pick the right team

Conte has paid the price for starting Vidal over others this season. It will be an embarrassment for the former Italian national team manager if he trusts the Chilean again. If Sensi is fit enough to play the entire game then he deserves a place in the starting lineup. Barella and Brozovic are the ones to partner the third midfielder in the lineup.

Lukaku and Lautaro will start up front against a fellow title contender. Achraf Hakimi will take his usual place with a doubt if Young will start on the other wing. Ashley Young has been leaving a lot of space for the opposition to capitalize on. Inter have conceded first in the last two games. Maybe it’s time for Conte to give Darmian a full game over Young. The defence will comprise of Skriniar, de Vrij and Bastoni who’ve been individually brilliant till now but failing to click as a unit. Handanovic will start in goal at the Stadio Olimpico.

The Roma vs Inter 20/21 Serie A game will be important for Conte to prove his team’s worth. The Nerazzurri have only lost back to back games under Conte once. But it has also been a highlight that Conte’s Inter drop points against fellow title contenders. With Fiorentina next in the Coppa Italia and Juventus following in the Serie A, Conte will want to start a run of difficult fixtures with a win.