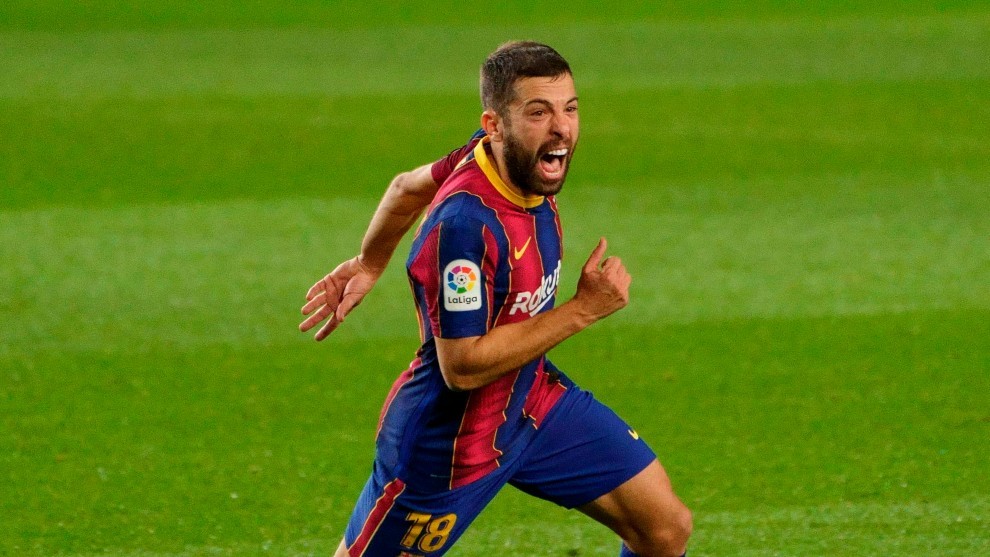 Inter eye Barcelona full-back Jordi Alba ahead of the summer transfer window. The Nerazzurri are eyeing the 32-year old as they might be able to secure a good deal. Just like Inter, Barcelona are under a financial constraint. Several huge clubs faced a lot of loss due to the coronavirus pandemic. Further, the Nerazzurri faced a financial loss of approximately €100 million in 2020. The revenues were reduced as the stadiums were closed for the fans. Finally, Inter took a €250 million loan from Goldman Sachs. However, that could not help in the long run.

Thus, Inter secured a €275 million loan funding from Oaktree Capitals in May 2021. Further, Inter have a target of securing €80 million in the summer before making an investment. And as of now, Achraf Hakimi is the only player that Inter will let go of. While the Nerazzurri have put an €80 million tag on the Moroccan footballer, the potential clubs are trying to negotiate. PSG are extremely keen on signing the 22-year old and might increase the amount in negotiation to €70 million approximately.

Inter eye Barcelona full-back ahead of the summer window

Barcelona are under a financial crisis while they also need to keep their squad quality in check. The club president is working on financial setbacks as well as Lionel Messi’s contract renewal. Further, Barca made huge signings in the last transfer window and are probably going to have more this summer. They have already signed Memphis Depay, Sergio Aguero, Eric Garcia, and Emerson Royal.

The only way to tackle the financial situation is by revisiting the contracts of veteran players. The club will have to revise the contracts and cover their jammed wage bills. Inter want reinforcements for Ashley Young and Aleksander Kolarov who are 36 and 35 respectively. And while Jordi Alba is 32 himself, he is the right target for the Nerazzurri. Although it will be difficult to get him as he’s a key player for Barcelona.