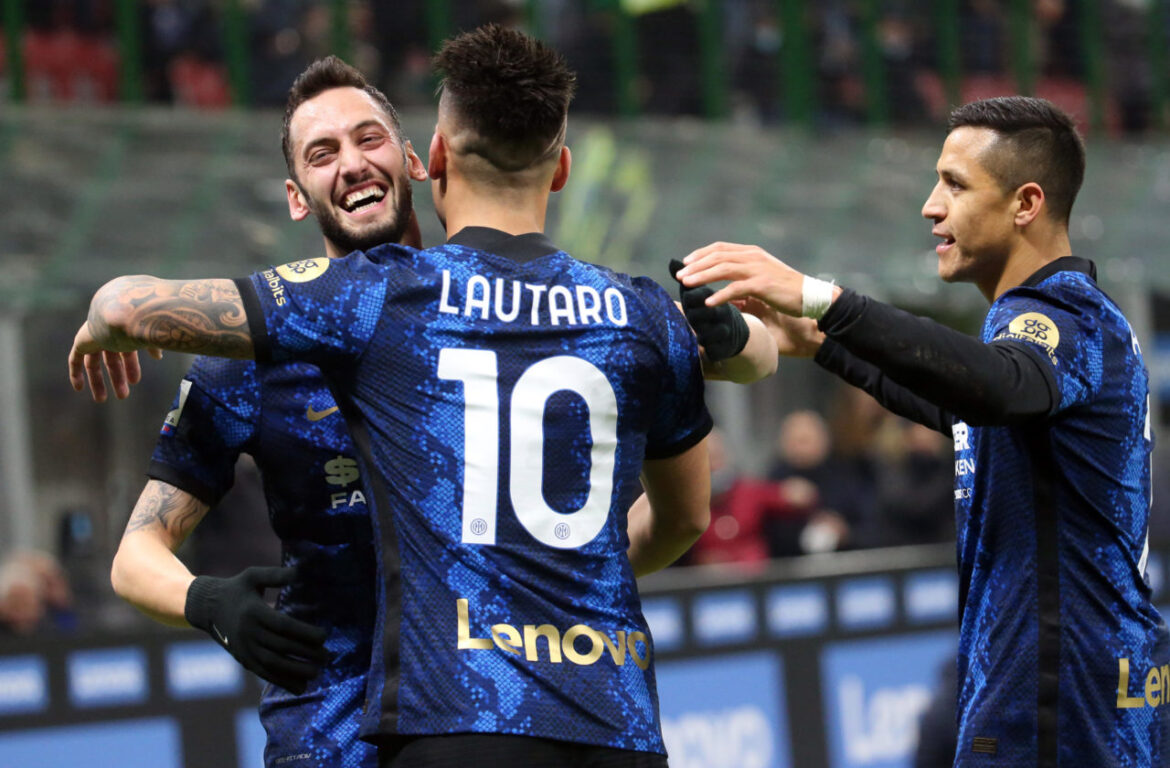 Inter Milan hit four past Cagliari and get to the top of the Serie A table. The Nerazzurri are 1 point ahead of their city rivals, AC Milan. The Rossoneri dropped points against Udinese in a 1-1 draw so Inter had a chance to get the top spot. And Inter grabbed this opportunity with both hands as they thrash Cagliari after coming from a 2-0 loss to Real Madrid.

Inzaghi decided to give rest to Dzeko and gave Sanchez a start. This move worked out well as the Chilean scored a goal and provided an assist. He was clever in his movement and used to drop to give space to Lautaro and created 3 big chances in the match. With De Vrij back in the side, Inter looked much more confident going forward. Barella had a brilliant game as he created the most number of chances (6) and provided a wonderful assist to Sanchez.

Inter hit four past Cagliari as Lautaro scores a brace

Inter made a strong start as they were looking to press with intensity and they managed to produce 5 shots in just 15 minutes. They got their goal just before the half-hour mark as Lautaro headed in Calhanoglu’s corner. At the end of the first-half Inter got a penalty as Cragno brought Dumfries down in the box. Lautaro stepped up but could not convert it as Cragno went the right way.

Inter again had a good start to the second half and doubled their lead in the 50th minute. Barella provided a beautiful assist as he managed to pull off a skill to beat his man and send a cross. Sanchez then thrashed a first-time volley with perfect technique. In the 66th minute, Calhanoglu produced a rocket after cutting in from the left to make it 3. After a couple of minutes, Lautaro scored another one from Barella’s chipped pass. Inzaghi then made some substitutions to give rest to his players. Mattia Zanotti made his debut in the end and almost had an assist but Sanchez’s shot hit the bar.