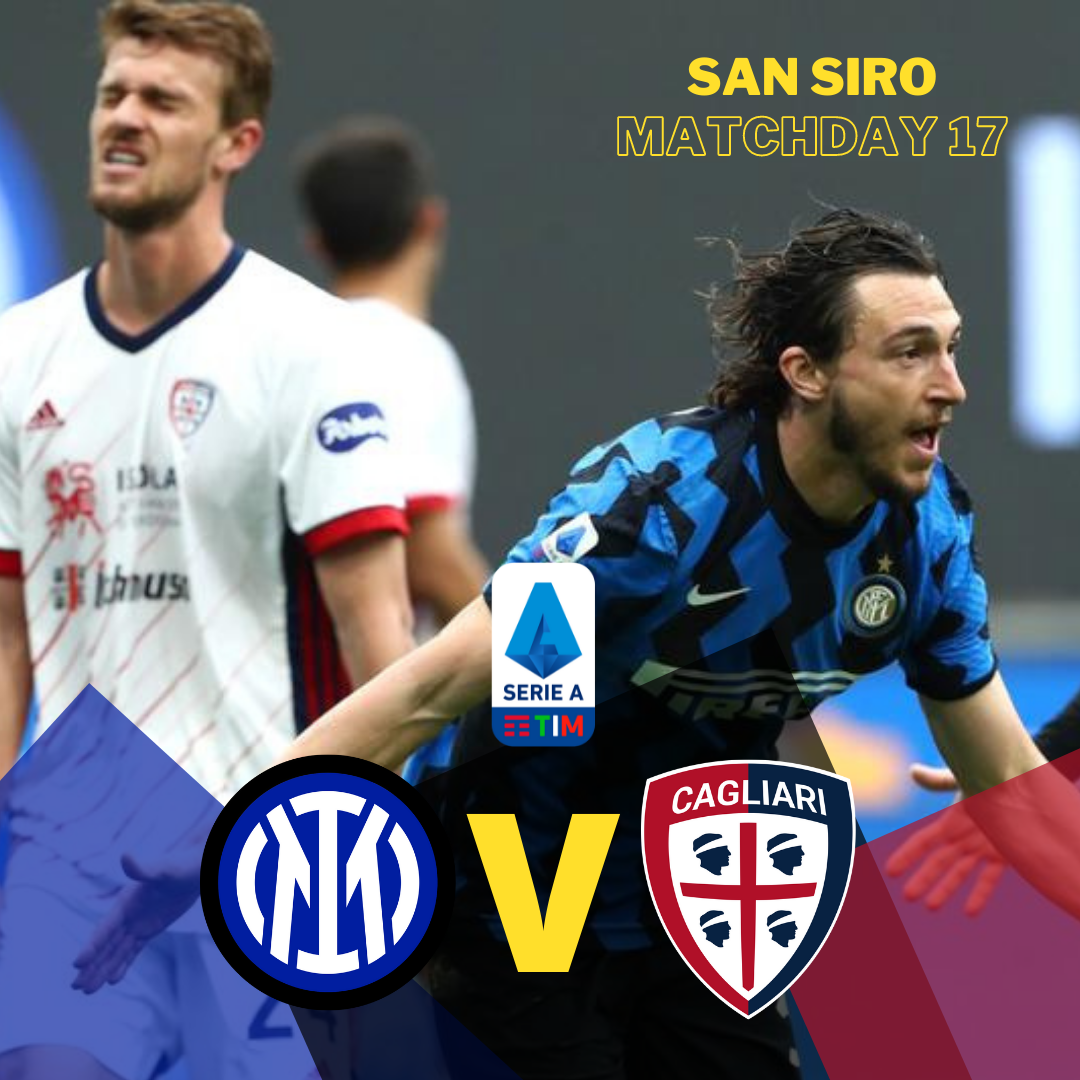 Inter vs Cagliari will take place at the San Siro on Sunday night. Inter are coming into this game with a 2-0 loss to Real Madrid. But the Nerazzurri are in good form in Serie A and they will be looking to win another match to keep the pressure on their city rivals, AC Milan. Inter are just one point behind the league leaders and can take the top spot if Milan drop points against Udinese. Inzaghi has improved Inter’s defense as they have kept clean sheets in the last 3 Serie A games. Also, with De Vrij back in the squad Inzaghi can give his side more freedom to move up the pitch.

Cagliari are struggling this season and will have to get some points or they will get relegated. They find themselves at 18th position with just 10 points and are ahead of Genoa on goal difference. They have earned some points in the last few matches but have not been able to win. Their first and only victory was against Sampdoria so they have nothing to lose and might come to San Siro with a fearless attitude.

Correa will not be available for this match so Inzaghi will have to go with Dzeko and Lautaro upfront. He will have the option of Sanchez coming from the bench. Darmian is still recovering from his injury and Dumfries might take a rest as well since he got off in against Madrid after the first half due to some fatigue. But De Vrij coming back in the center of back 3 will bolster Inter’s defense.

Cagliari’s star midfielder and Inter’s target, Nandez is out because of a hamstring injury. Strootman is also out till next month for the visitors. Cagliari will have a low block with their back 3 and will depend on Joao Pedro for goals.