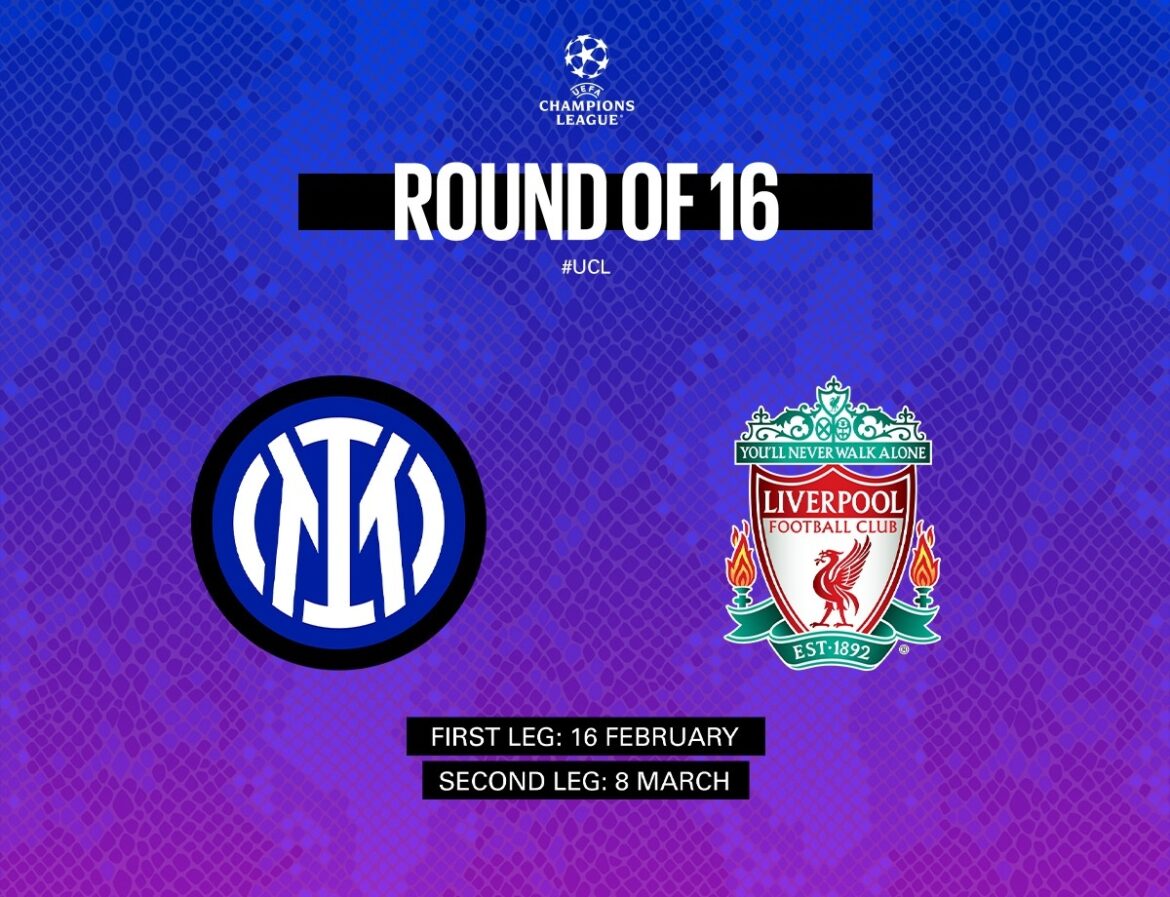 Inter Milan to face Liverpool in the Round of 16 of UEFA Champions League. The Nerazzurri are entering into the knockout stages after a decade. The fans are hyped for this match as they face one of the best teams in Europe. Inter were first drawn with Ajax but Inter are now up against Liverpool after the draw was redone. So, Inter will have to give everything against the Reds in this intense tie.

The Reds are in top form this season and are at 2nd position in the Premier League, just one point behind Man City. They will face the league leaders of Serie A on 17th February. With Van Dijk back this season, Liverpool looks solid at the back. Mo Salah is in red hot form this year and is currently one of the best players in Europe. The Egyptian winger has scored 21 goals in 22 matches and has provided 9 assists. So, it will be a tough tie for Inter if Liverpool manages to keep their players fit.

Liverpool lines up with a 4-3-3 but takes a unique shape when they are in possession. Klopp likes to play with full-backs high and wide as they create a lot of chances for them. Trent has provided 10 assists in just 17 games and Inzaghi will have to defend well against him as Perisic looks to go high in that flank. Also, this season he makes underlapping runs while Henderson cover for him defensively. He gives crosses from the right half-space which are difficult to pick. Also, Thiago is now back to playing quality football as he has settled into this Liverpool side. Inter will miss Nicolo Barella as he will serve his suspension because of his red card against Real Madrid.

Klopp praised Lautaro in his recent interview as he feels that the Argentine is one of the most exciting strikers in Europe.