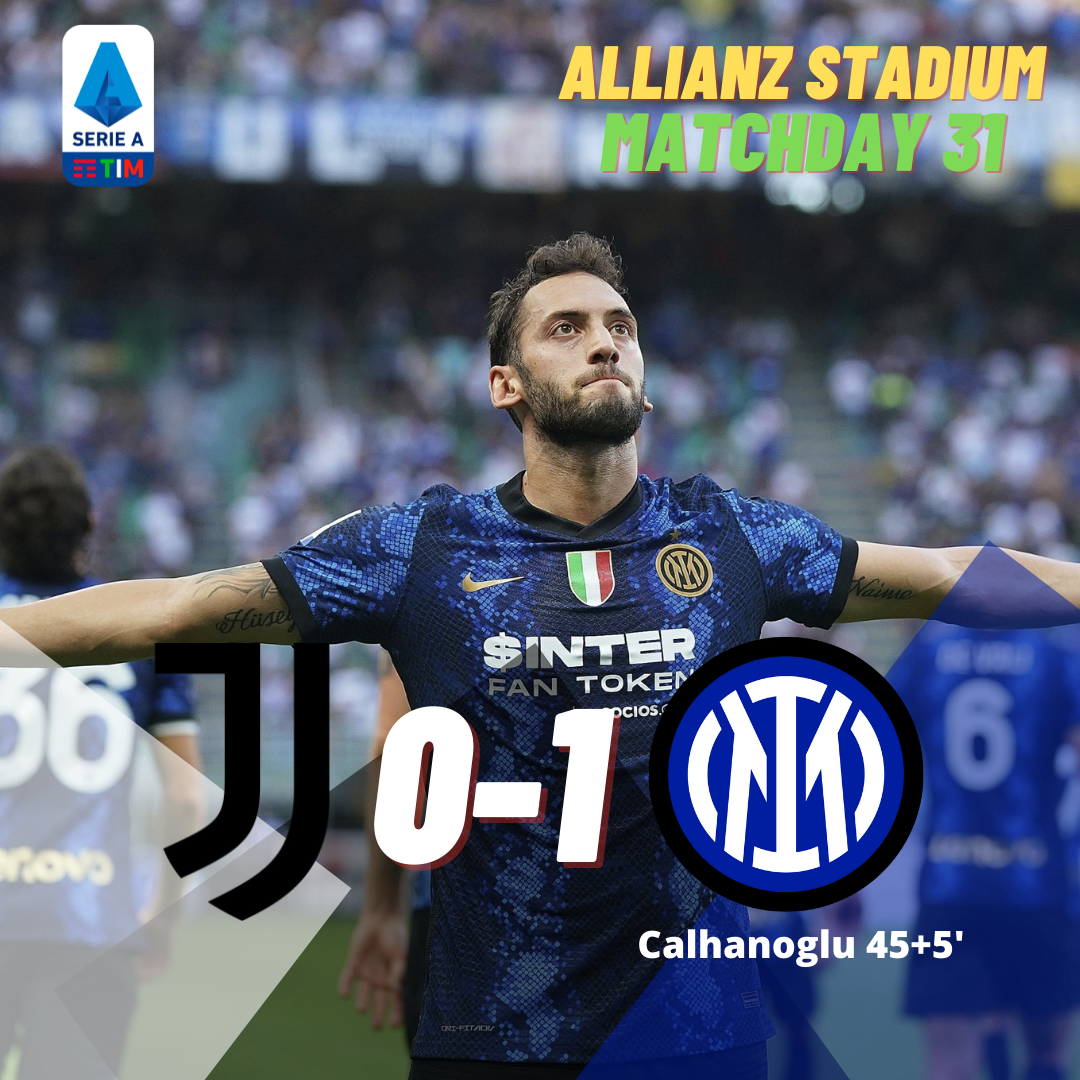 Inter Milan sneak past Juventus with a 1-0 win to keep themselves in the title race. The Nerazzurri had to get the three points in this match, and they are now just three points behind their city rivals AC Milan. Inzaghi had the luxury to choose the best lineup as De Vrij and Brozovic came back after their calf injuries. But he decided to go with D’Ambrosio, and Skriniar played in the center.

Inter looked much better with Brozovic back in the center of the midfield. The Croatian was helping in the build-up and made crucial interceptions to break Juve’s play. He made the most number of tackles in the match (7) and won the most number of duels.

Juve played with an unusual formation as Morata played on the left wing and Cuadrado on the right. But in possession, Dybala played like a false 9 with Morata on his left and Vlahovic on his right. While Danilo stayed back and made underlapping runs. So, this helped Dybala to pick the runs of Vlahovic. Juve had a decent start to the game as Chiellini’s header in the opening minutes got denied by the crossbar.

Cuadrado was having a brilliant game as Perisic was unable to cope with his pace. He went past Bastoni from the corner of the box to provide a cross, but Handanovic was alert to put it away. Allegri had to bring Zakaria in for Locatelli as he had a knee injury.

Inter Milan sneak past Juventus in a close encounter.

At the cusp of half-time, Inter got a penalty as Dumfries was brought down in the box by Morata. Calhanoglu shot from the spot was saved by Szczesny, but the penalty was taken again. Juve players came early to clear the ball, and var officials and the on-field referee decided for a re-take. Calhanoglu placed perfectly this time to give Inter the lead. Allegri and Juve players were furious with the penalty re-take.

In the 2nd half, Juve had penalty shouts as Zakaria got down near the edge of the box. The referee awarded a free kick just outside the box after checking with the VAR officials. Lautaro looked off today, and Inzaghi had to replace him with Correa.

Juve had multiple chances in the half, but they were unable to beat Handanovic. Zakaria struck the frame of the goal with a powerful strike from outside the box in the 74th minute. Inzaghi made several substitutions after that to ensure the three points for Inter.