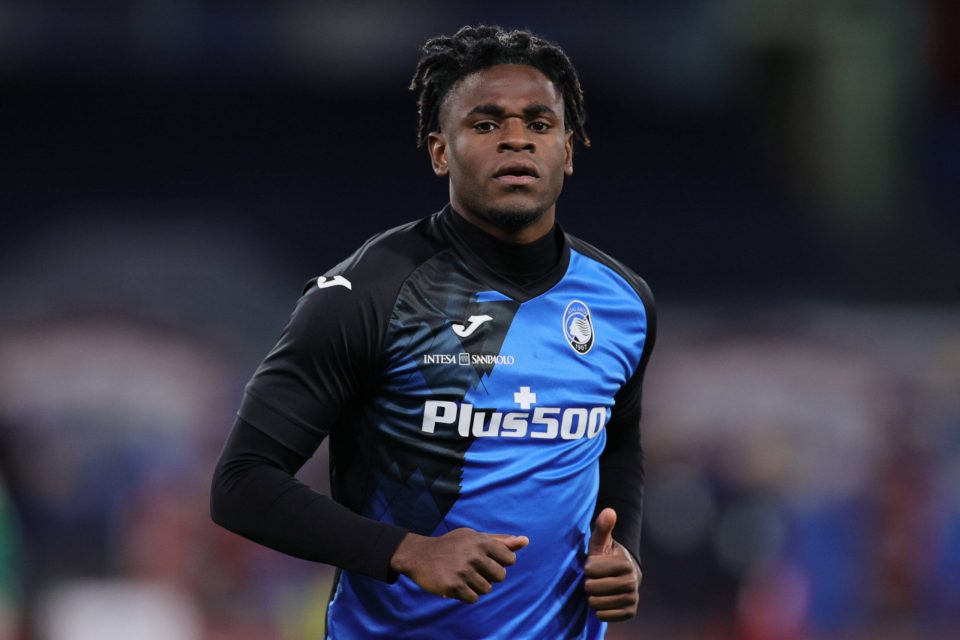 Inter to lure Zapata if they are unable to sign their primary target, Gianluca Scamacca. The Nerazzurri are want to sign a striker in the summer transfer window to improve their attack. Edin Dzeko will not stay for long at Inter so they need a striker who can lead the line with Lautaro in the future. Zapata can play that role as well so Inter are considering him as a backup option for now.

Duvan Zapata has been a prolific striker for Atalanta since he joined them. The Colombian forward has helped his side to rise to the top 4 in Serie A. His energy and his eye for goal are the attributes that will encourage Inter to sign him. They recently completed the transfer of Gosens in the winter transfer window from Atalanta. They both worked well together at La Dea as the German defender gave several assists to Zapata.

Inter are focused to sign Scamacca but the deal could be difficult as Sassuolo value him around €40 million. So, the Nerazzurri are searching for other players and Zapata looks like a viable option. The Colombian has scored 78 goals for Atalanta ever since he joined the club from Sampdoria in 2018. He has more experience in comparison to Scamacca and has proven his worth in recent years. But Scamacca certainly has more potential and is yet to hit his prime.

Also, Inter will have to focus on other areas as well since their midfield looks exhausted lately. They are struggling to build up in the absence of Brozovic so they will have to hunt for his backup. With Vidal potentially leaving in the summer, Inter need an experienced player in the squad who can serve as a backup for Brozovic.