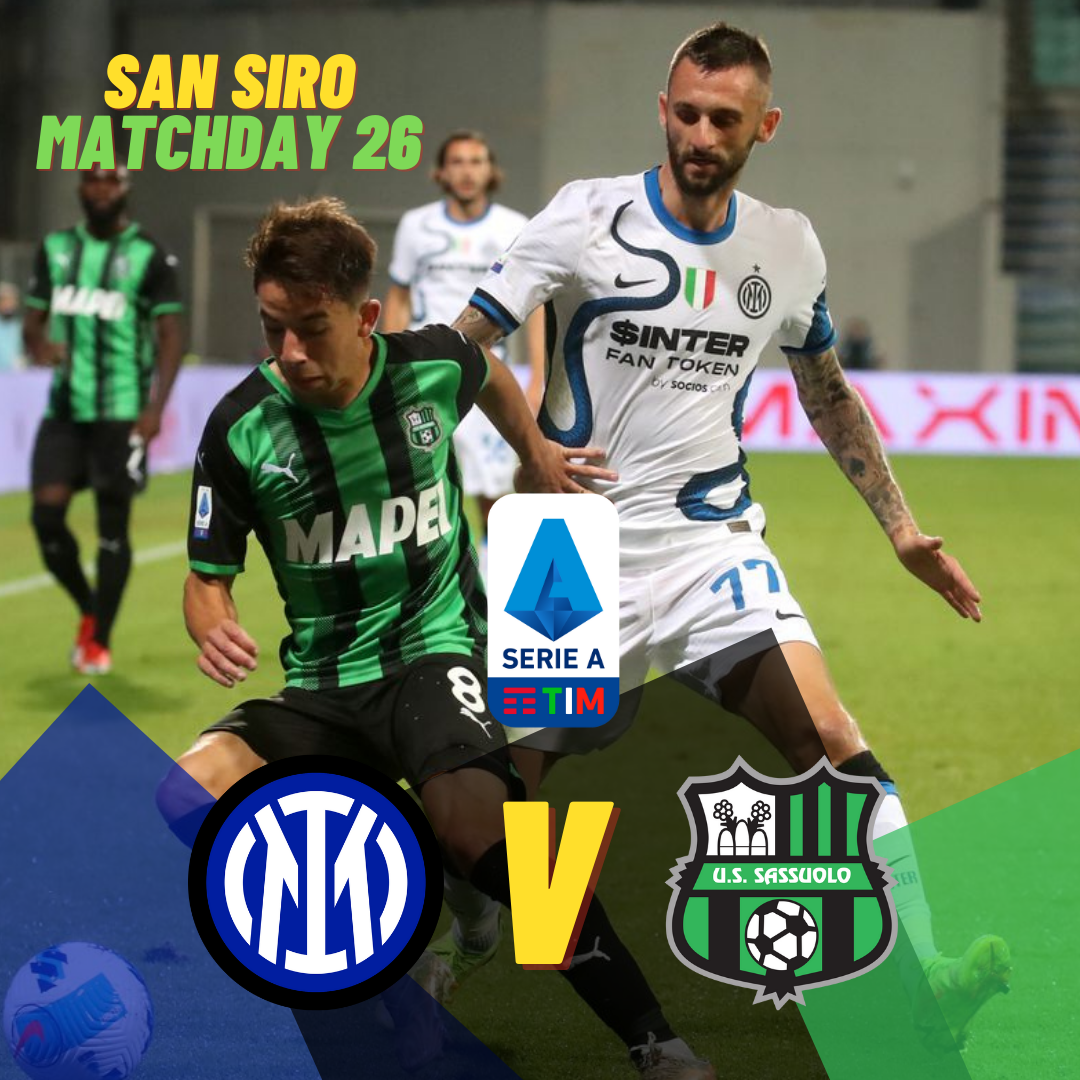 The Nerazzurri will look to get back to winning ways in Inter vs Sassuolo. They can regain the top spot in the Serie A if they get three points and AC Milan drop points. Also, Inter have a match in hand, which gives them the advantage over their city rivals. The Nerazzurri are coming into this game with a 2-0 loss in the Champions League. They have dropped five points in their last two matches against AC Milan and Napoli. So Inter will have to regain their form if they wish to retain the Scudetto.

Sassuolo are also having a rough patch as they only have two points from their last four matches. They blew their lead against Jose Mourinho’s AS Roma in their last match. Their captain, Ferrari got a red card in the end and Cristante scored the equalizer in the injury time. The Neroverdi have an exciting attack, but their defense has let them down, as they have conceded 44 goals this season. They have been unable to replicate the success they had in the last season and are stuck in the middle of the table this season.

Simone Inzaghi can have Robin Gosens on the bench for this match. Inter Milan’s transfer window signing can recover in time for the match, according to Tuttosport. Inzaghi would like to make some changes as Inter players will be tired from their Champions League game against Liverpool. Barella will return for Vidal as he was serving his suspension in the UCL. Sanchez could start this game in place of Dzeko as the Bosnian striker played for 90 minutes against Liverpool.

Sassuolo will miss Djuricic, who has a hamstring injury. Their defensive midfielder Obiang will be out too for this match.