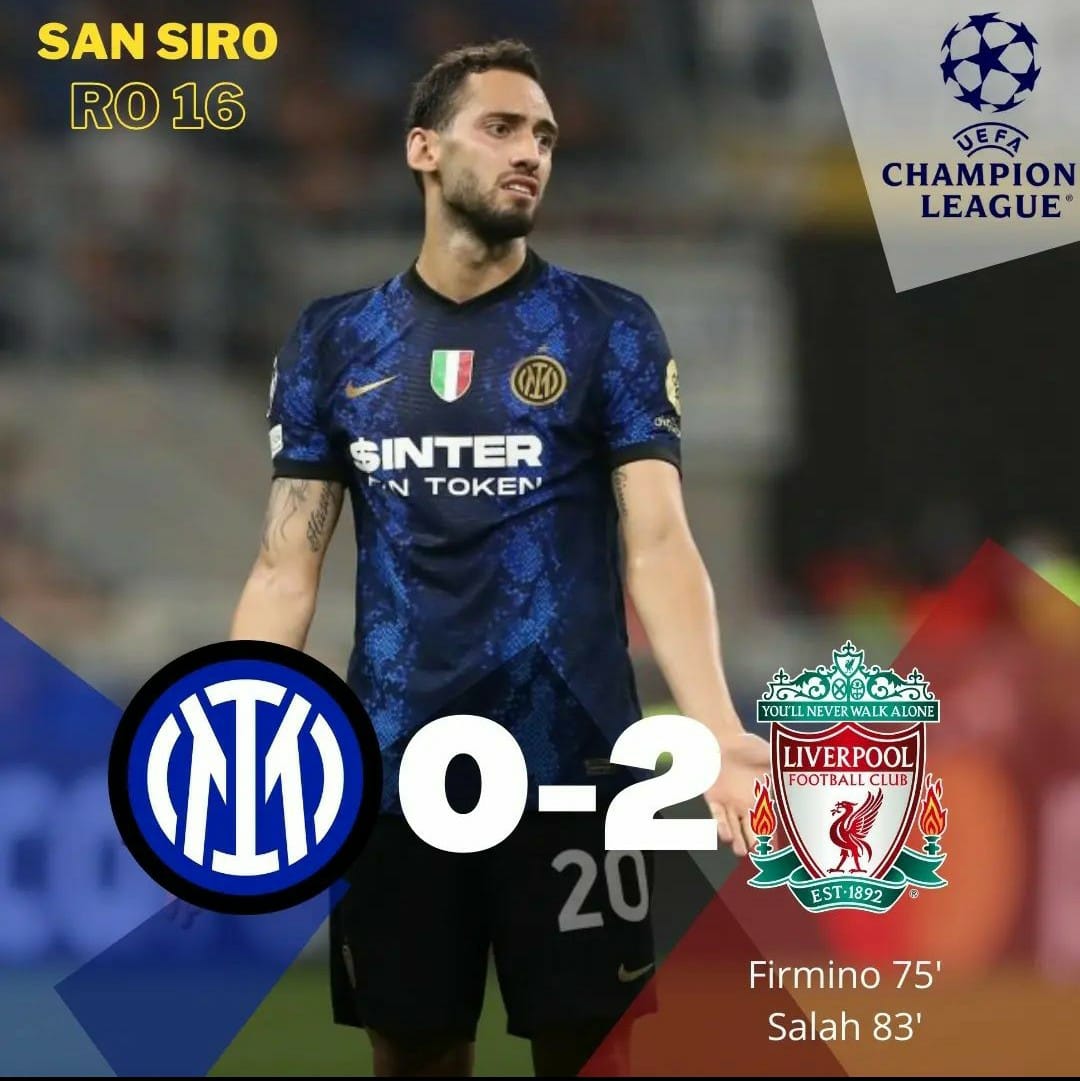 Liverpool see off Inter in the Round of 16 Champions League clash at the San Siro. The Nerazzurri could not finish their chances and paid the price for it in the end. Simone Inzaghi decided to go with Vidal in place of Barella, who was serving his suspension because of the red card against Real Madrid. Perisic created plenty of chances for Inter, but the Nerazzurri were not clinical enough.

Lautaro had a chance early on, but his shot went wide. Sadio Mane also had a chance a few minutes later from Robertson’s free-kick, but his header went over the bar. Perisic created a wonderful chance in the 16th minute after running down the left flank to cross the ball into the box. Calhanoglu managed to get the ball and beat Allison, but his shot hit the crossbar. Inter got another chance at the end of the half from the corner. But Skriniar could not keep his header on target as it went wide of the left post.

Klopp had to withdraw Jota after the break as he had some discomfort and brought Firmino in. Inter were dominating the 2nd half at the start, and they had a chance with Bastoni early on. The Italian defender latched onto a loose ball, but his shot went over the bar. Van Dijk and Konate were up to the task as the duo stopped all the dangerous attacks created by Inter. Dzeko’s goal was disallowed around the 60th minute as he was offside.

Klopp made triple substitutions which shifted the momentum slightly as he brought on Diaz, Henderson, and Keita. Roberto Firmino managed to get the first goal of the match in the 75th minute. The Brazilian made a run towards the near post during Robertson’s corner, and Handanovic could not keep defend his header.

Liverpool got their second goal with Mo Salah as Trent’s cross got headed towards the Egyptian. Salah managed to place his shot, and Handanovic could not see the ball because of the players in front of him. Inter could not reply, and now they have a tough task in their hand as they travel to Anfield for the second leg.