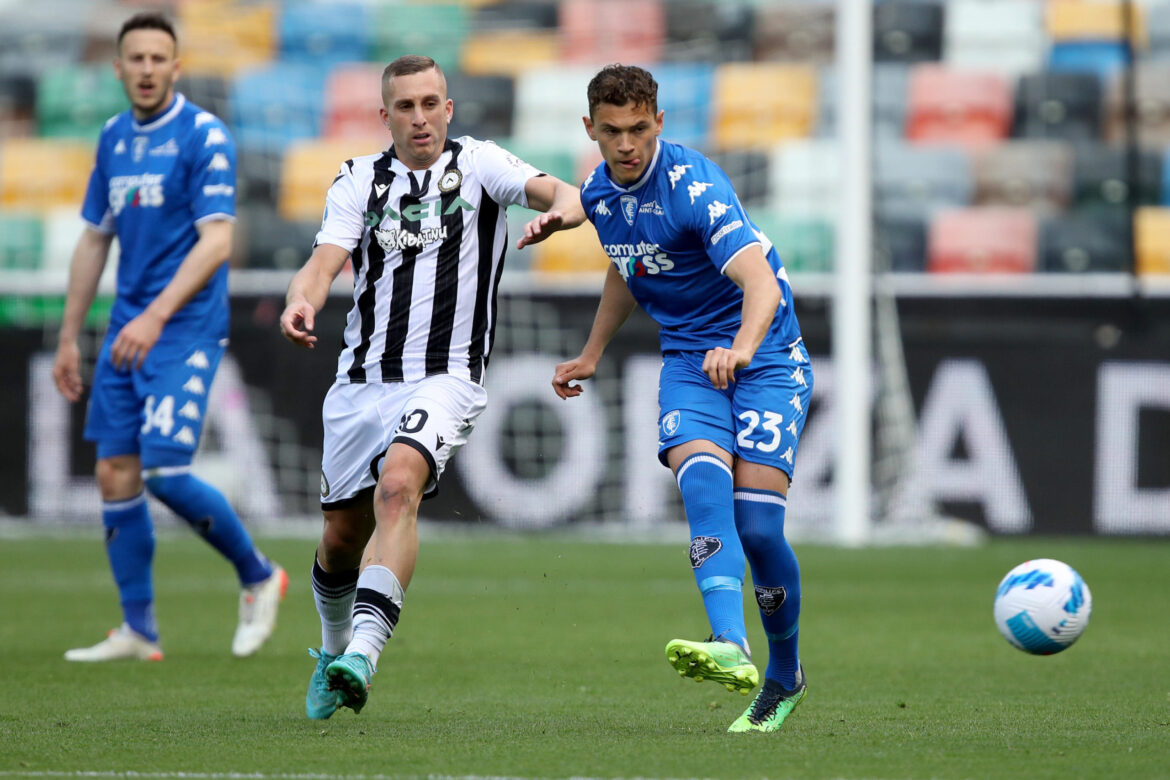 Inter Milan will sign Asllani for €14 million this summer. The Nerazzurri reached an agreement with Empoli and the deal will be official soon. Inter are ready to give Martin Satriano to Empoli on loan as a part of this deal. Inzaghi insisted to sign Asllani as he needs to cover Brozovic on the bench. Also, with Vidal and Vecino likely to leave the club, Inter need Asllani for backup. The young midfielder is talented, and other big clubs were after him as well.

Asllani has immense potential, and Inzaghi will nurture and mould him for the regista position. He did a great job for Empoli this season and was seen picking long balls and intercepting plays. He scored a goal against Inter and caught the eye of Inzaghi. Inter struggled a lot this season during Brozovic’s absence in a few games as they do not have a player with a similar profile. Asllani ticks all the boxes, and Inter will soon complete the signing.

Inter have already signed Mkhitaryan from AS Roma, and now they are looking to sign another midfielder to improve their options. Inzaghi had to play Brozovic, Calhanoglu, and Barella for a majority of games as he did not have enough quality on the bench. But, now he can rotate his players and can tweak his formation as well. He now has a variety of midfielders with unique qualities and can deploy them according to the situation.

Inter had trouble keeping their midfield fresh, and the players looked drained towards the end. So, Inter have focused on improving their midfield and now have an abundance of talent. Asllani might not get enough game time, but he will play an important role as a backup and help in rotating players.