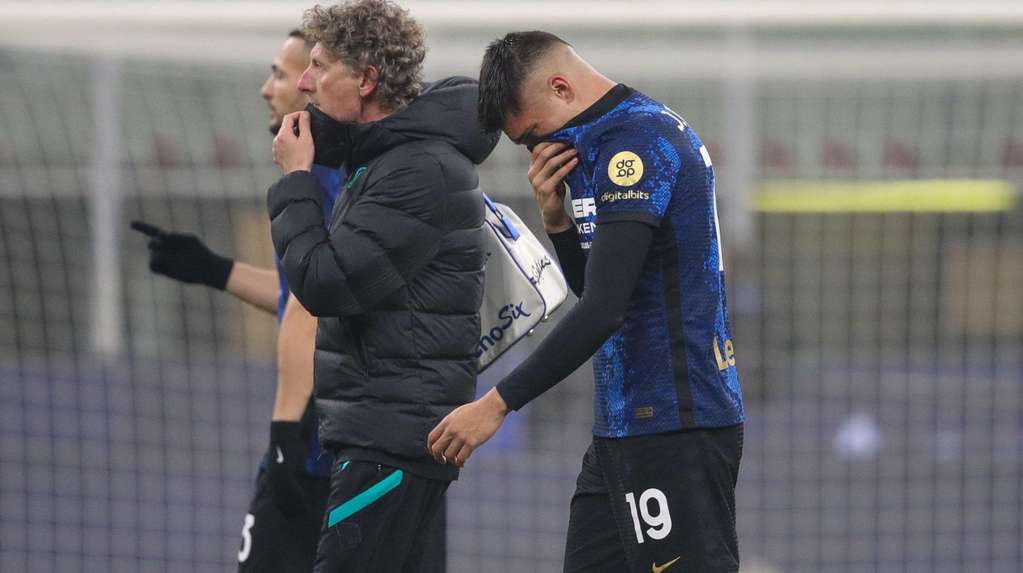 Joaquin Correa suffers another injury blow. Inzaghi had to take off the Argentine in the first five minutes as he had a strain. But Inter will not sign another striker because of his injury. According to reports, Correa could be out for around 20 days. He recently recovered from his hamstring injury so, Inzaghi decided to start him against Empoli. But he only lasted for a few minutes following a bizarre exchange, and Inzaghi had to get Sanchez on.

Inter managed to win the game in extra time, thanks to the winner by Stefano Sensi. The Italian midfielder might stay at Inter now as his move to Sampdoria has been put on hold. Correa’s injury has left Inter with only three center forwards, and Inzaghi uses Sensi as a second striker. So, Sensi could help Inter in the upcoming matches, and he has proven his worth by scoring the goal from the edge of the box in extra time against Empoli.

Correa will surely miss the Milan derby after the international break. Inzaghi will have to count on the duo of Dzeko and Lautaro. Also, Sanchez has been in terrific form as of late, and it would be hard to keep him out of the plans. Correa has been useful this season, but his injuries have restricted his game time. The Argentine had a dream debut as he scored a brace after coming from the bench, but he has not been consistent after that.

Inzaghi trusts him and will hope that he recovers soon as he can change the game after coming on from the bench. The Argentine knows Inzaghi’s system better than anyone else as he was terrific under him at Lazio. Correa scored 30 goals and provided 18 assists at Lazio in 117 appearances.