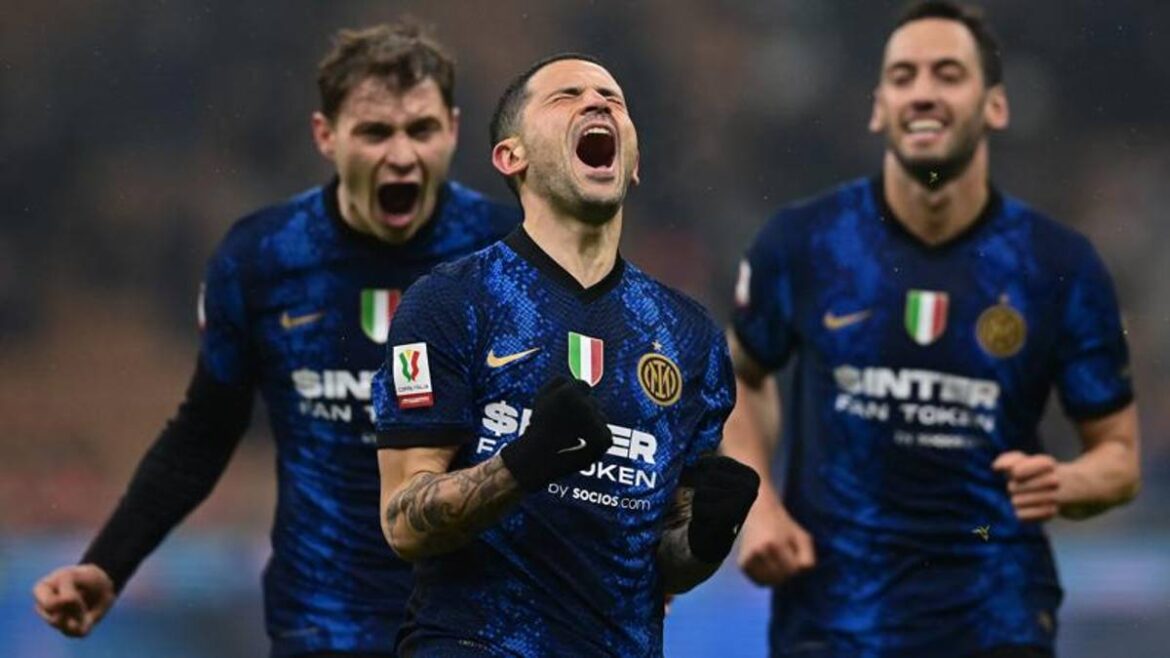 Sensi rescues Inter against Empoli and takes them to the quarter-finals of Coppa Italia. Inter had to walk the extra mile to beat Empoli. The Nerazzurri had to play for 120 minutes to get the win against the persistent Empoli side. Now Inter will face the winners of AS Roma and Lecce in the quarter-finals. Inzaghi decided to give rest to his regular players as he completely changed the midfield trio and the back 3. Also, Radu got a chance in goal as Handanovic started on the bench.

Inter got a setback in the first 5 minutes as Correa got injured and, Sanchez came on to replace him. However, this turned out to be a blessing for Inter as the in-form Chilean scored in the 13th minute. Dumfries made a run after passing the ball to Vidal, who picked his run. The Dutch defender then provided an accurate cross and, Sanchez came on top to place his header. Sanchez was looking electric with his movement as the Chilean created the most number of chances (5), completed the most dribbles (2), and was the most fouled player on the pitch (5 times). Empoli’s keeper made a couple of good saves as Inter pressed Empoli high and forced an error. Lautaro shot twice but got denied by Furlan.

Empoli tweaked their formation as they got their midfielder Ricci in for Inter’s on-loan striker Pinamonti. This gave them numerical superiority in the middle and helped in building attacks. They got the equalizer in the 61st minute with a fantastic build-up by Asllani as Bajrami finished the move with a fine volley. Inzaghi then made some changes and got Barella, Calhanoglu and Perisic in. Empoli took the lead in the 76th minute as Cutrone’s powerful header hit the crossbar and bounced back to goal after hitting Radu’s back. But, Inter managed to keep themselves in the game as their captain Ranocchia scored an acrobatic goal in the dying minutes of the second half and took the game to extra time.

Inzaghi decided to get Lautaro off in the extra time and brought Sensi in. The Italian midfielder did not disappoint Inzaghi as he scored the winner. He got the ball from Sanchez, then took a touch and fired it past Furlan to give Inter the lead. The Italian midfielder is close to leaving Inter but, this goal might change Inzaghi’s mind. Inter then managed to hold onto their lead for the remaining time as they move to the quarter-finals.