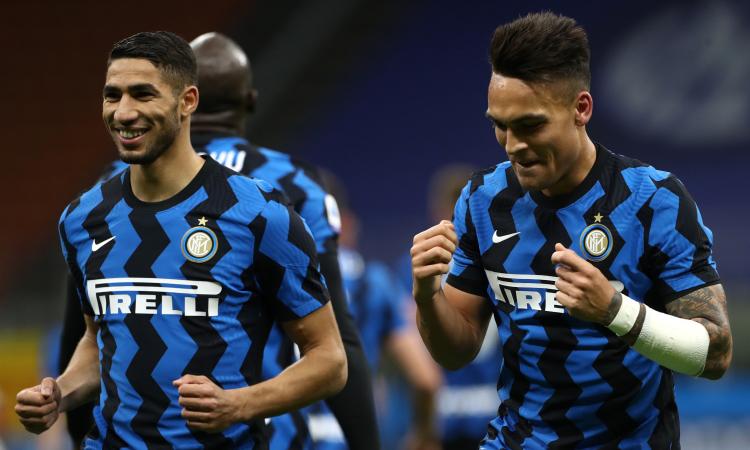 Martinez or Hakimi can be sold to generate profit. Inter Milan needs around 80-90 million euros this summer by selling players. This is one of the main reasons why Conte left. He wanted his main players to stay but the Suning can not do that this summer. Even though they have secured a loan from the Oak Tree Capital, they still need funds next year as they are in a financial turmoil.

Achraf Hakimi has had a great season with Inter this year and will suit Simone Inzaghi’s style of play who is close to joining the Nerazzurri. Inter got him from Real Madrid for 60 million euros. The Nerazzurri still have to pay around 50 million to Real, who are also looking to re-sign him. Bayern and PSG are also keen on him. The latter is closest to make a move for him. Paris Saint-Germain want a quick fullback who suits their fast transition play. PSG are ready to make a 50 million euro bid. They can also consider a swap deal with Paredes, but Inter won’t want that.

Martinez or Hakimi can be sold in the upcoming transfer window

Meanwhile, Lautaro Martinez also has interest from the Spanish giants. Atletico Madrid and Real Madrid are keen on him and will like to make an offer for him. Lautaro has been one of the key players for Conte this season. He has helped Inter a lot for their Scudetto victory. His partnership with Lukaku has made Inter very aggressive in attack. They both compliment each other very well. So, It would be a setback for the Nerazzurri if they decide to sell him. Inter have not given the contract renewal to him yet.

It will be tough for Inter Milan to find suitable replacements for both the players if they decide to sell them.