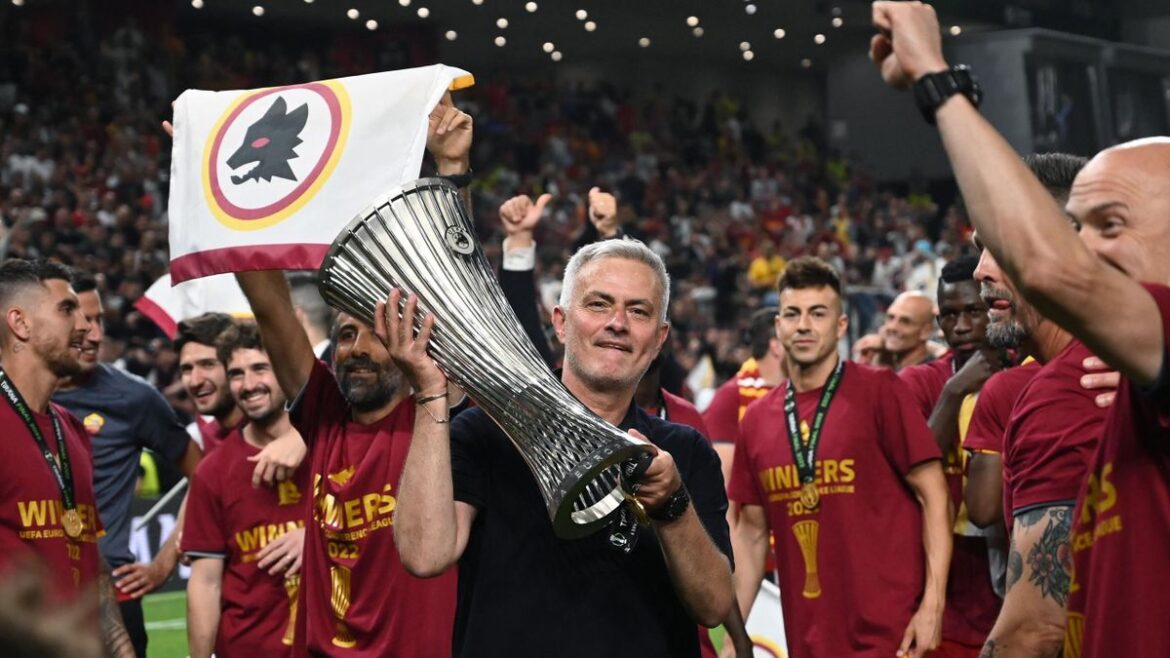 Jose will always be in Inter’s heart as he helped them to win a treble and gave them their fifth consecutive title. Mourinho’s record in cups is phenomenal, and he has won a trophy at every club except Spurs. Roma were not the better team last night, but Jose managed Roma well to keep hold of the lead till the end.

Mourinho wins UECL with Roma, the Former Inter boss does it again!

Roma had to battle till the end to win the final as Feyenoord were brilliant. They kept more possession of the ball and created many chances, but Roma handled every shot. With only 1/3rd of the possession, Roma were able to win the final as they relied on counter-attacks. Jose has managed Roma well this season as he unleashed Tammy Abraham. Zaniolo is getting back in form as well and he scored the winning goal last night.

Jose said after the match that winning cups with Inter, Roma, and Porto is very special for him. He feels that it makes him immortal after winning with a team who did not have much investment and were sidelined by others. Jose is now the third manager to win trophies in three different decades. Jose made clever signings in the summer and has built a strong team now. He will be staying at Roma for next season to take his team to another level.