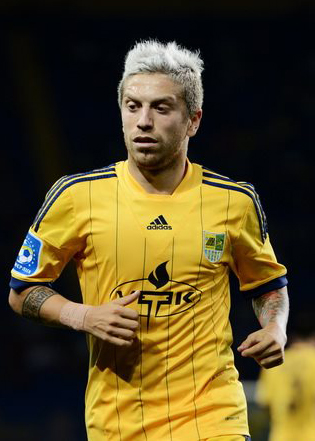 Papu Gomez to Inter is on the cards as he plans to leave Atalanta this January. The 32-year-old Argentine is not having his way with Atalanta manager Gasperini. While the two personalities have worked in tandem to make Atalanta one of the top sides, their recent history is of differences. Inter are looking to capitalize on this as Atalanta want to cash-in on their captain. The Nerazzurri have been looking around for someone like Gomez who can play as a striker as well as an attacking midfielder. With Eriksen, Nainngolan and Vecino all set to leave in January, Gomez will be a crucial signing.

Papu Gomez is a player like Alexis Sanchez in terms of workload who can also play regularly. With Sanchez often risking an injury or two, Gomez is a better option. Furthermore, his unbound experience in Italy and recently Europe is a plus. The only concern for Inter will be his age which isn’t very ideal.

The Argentine striker is valued at €15M which is a big ask. Inter are looking to replace Eriksen with Gomez and most likely to make a profit as well. Eriksen must ideally fetch Inter anything above the €20M they spent to get him. But the Danish midfielder is eyeing a move to Arsenal who’re looking to swap him for Xhaka. Also, Gomez is not a long term fix to any position for Antonio Conte. Conte will still prefer to have Rodrigo de Paul in his side on any given day.

Papu Gomez to Inter on the cards, but should Inter sign him?

Papu Gomez likes to play as a second striker and Conte’s system won’t offer him that. Inter have already tried Eriksen behind the strikers which makes the rest of the midfield weak. Gomez can certainly play as a striker too but will he get the game time he wants with Lautaro and Lukaku playing? Papu Gomez to Inter will be the blockbuster transfer of the season in the league if it happens. But it’s hard to imagine how Conte will fit him in a system that’s working perfectly and only needs backups. In the same vein, Rodrigo de Paul is the midfielder Inter should go after. He is someone who wants to play for Inter as he has openly stated. Also, he fits the bill as a midfielder when it comes to Conte’s system.