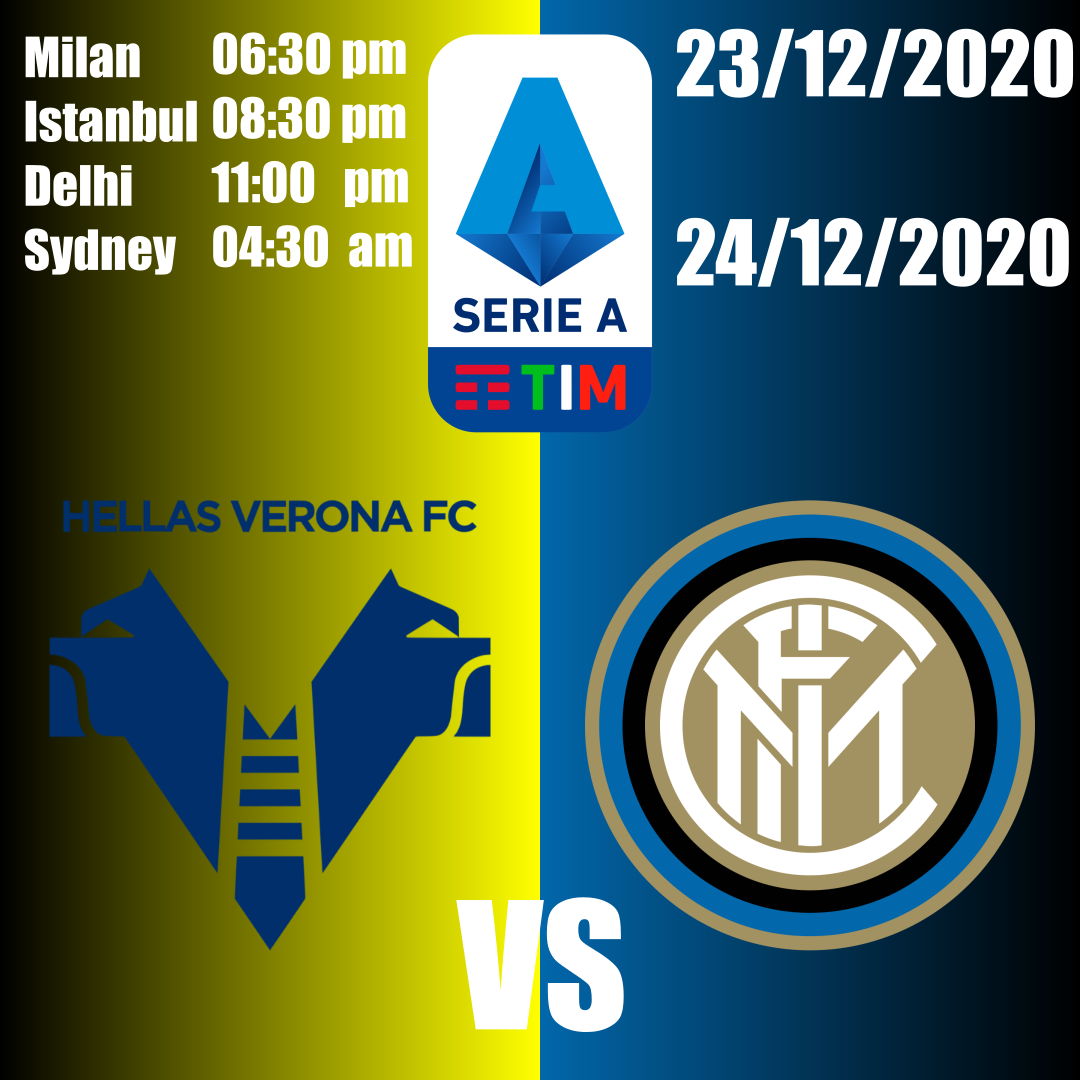 The Verona vs Inter 20/21 fixture will be the last one for Inter before the break. Inter are in supreme form with 6 consecutive victories on the trot in the league. Conte’s side are the most in-form side in the league currently. And the former Italian National team manager will want that to be the case when they head into the break. Hellas Verona are not an easy team to get past, especially when they’re playing at home. Verona sit 9th in the table with a draw and a loss in their last two games. They’ll be looking to get on top of a tired Inter to steal a win.

Antonio Conte should’ve rested his key men against Spezia to have them available here. It’s hard to imagine that Brozovic is in any shape to start the game. The Nerazzurri manager must look up to Sensi in place of Brozo who’s too tired. Also, Conte might start Vidal who’s in terrible touch. An ideal midfield for today will be Barella, Sensi and Gagliardini.

The Gialloblu play an inverted wing-back system like Inter. Although they play only one striker upfront, their game normally takes place on the wings. The way Spezia exploited a tired Ashley Young in the last game will be on Verona’s minds as well. Conte doesn’t has an option like Hakimi on the left-wing and it might hurt Inter in this game.

Verona vs Inter 20/21, the Nerazzurri must finish the job

Inter have scripted one of the finest comebacks in their history. After the sluggish start to the season and getting knocked out of the UCL, Inter have found their way. But the Verona vs Inter 20/21 game must finish in Inter’s favour for the Nerazzurri to carry the momentum into the break. The likes of Lukaku, Lautaro and Brozovic have given their all to the season so far. In the last couple of games, goals have been hard to come by as Inter are a tired outfit. But, Conte’s side have what it takes to outclass Hellas Verona on their own turf and ideally they should.