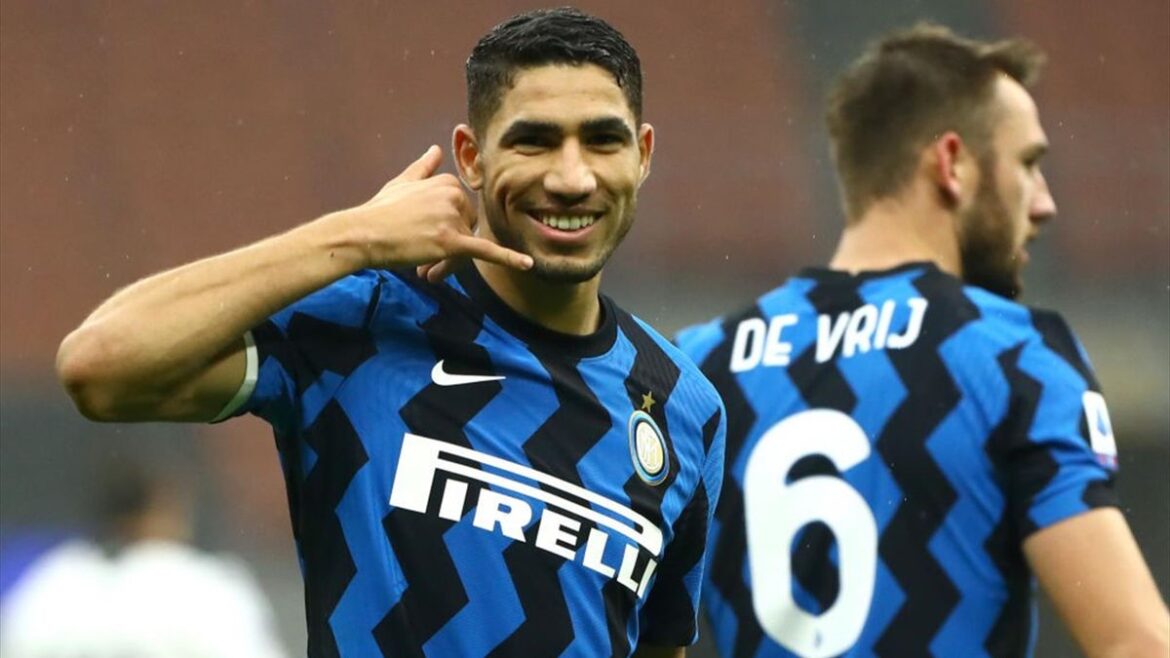 PSG are confident of signing Achraf Hakimi in this transfer window. The Moroccan has been linked with them for a while now. The French giants have increased their bid and are now willing to give €70 million for him. While their previous offer was of €60 million. However, the Nerazzurri wants €80 million for him. PSG will look to get close to that mark by giving add ons in the deal. Hakimi’s agent has said that Inter will look to sell Hakimi.

After signing Gini Wijnaldum and Gianluigi Donnarumma, PSG are confident that they can sign Hakimi. As reported by Foot Mercato. PSG lost to Man City in the UEFA Champions League Semi-final and lost Ligue 1. So they will look to strengthen their squad in the transfer market. Also, Inter are willing to sell Achraf Hakimi as they are struggling financially and have to make a profit of about €80 million before June 30. Also, Inter are already looking for a backup for Hakimi. They think that Barcelona’s full-back Emerson Royal can fit in that position for them.

PSG confident of signing Hakimi, Chelsea have not made a bid yet

Chelsea have had a talk with Hakimi’s agent as Thomas Tuchel likes Hakimi, and they are willing to make a cash plus player offer. But Inter only want cash in this deal and Chelsea have not made their bid yet. They do have Reece James for that position but they need a backup as well. Hakimi can fit in Chelsea as he will have a Moroccan teammate in front of him as Hakim Ziyech is also in Chelsea. But PSG have sorted out the personal terms with Hakimi. Also, his wife will like to move to Paris. PSG will look to complete the deal soon.

However, there is a chance for Chelsea if they make the bid soon.