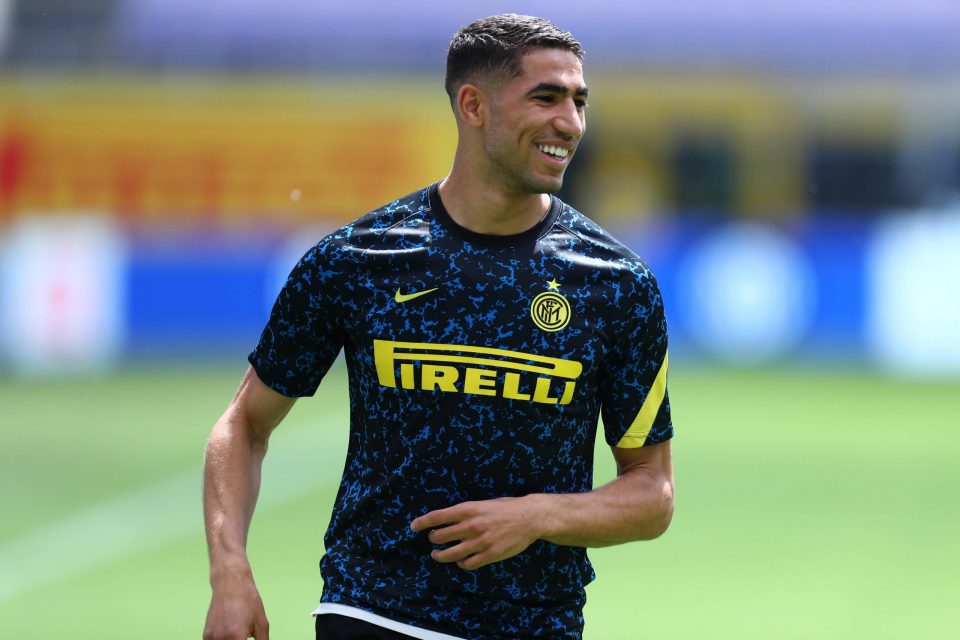 PSG increase offer for Achraf Hakimi. PSG have secured Gini Wijnaldum and Gianluigi Donnarumma so far in the transfer window. Both of them are free agents and add great value to the squad. Now, Paris Saint Germain will look to shell out some money for Achraf Hakimi. They have given one offer before of €60 million. But the Nerazzurri want about €80 million for him. So now PSG are going to submit an offer of €70 million for him. As reported by Gazzetta Dello Sport.

Inter are struggling financially and hence they have to make a profit of about €80-90 million by the end of this month. Therefore Inter Milan will look to complete the deal as soon as possible. So, they are hoping that by selling Hakimi they can achieve that target and they would not have to sell other players. Hakimi’s agent has also confirmed that the Nerazzurri are looking to sell only one key player and that is Achraf Hakimi.

PSG increase offer for Achraf Hakimi, Chelsea are also in the race

Meanwhile Chelsea are also planning to make a move for Hakimi and send an offer to Inter Milan. Thomas Tuchel rates Hakimi highly and would like to make him a part of his squad as he will give them good depth in that position. Also, Hakimi can easily link up with a familiar player ahead of him which is his Moroccan teammate Hakim Ziyech. Chelsea are planning to give a cash plus Emerson Palmieri offer to Inter as the Nerazzuri have shown interest in the Italian. But they would like only a cash offer in this deal.

Achraf Hakimi can fit in both of the teams easily. While Inter will have to look for a replacement. They have their sight on Emerson Royal from Barcelona.