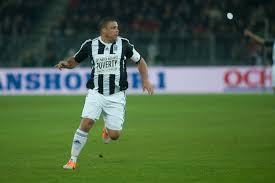 R9 Ronaldo was very special says former Inter player Beppe Bergomi. In fact, Bergomi spent his entire career with Inter Milan. The former Inter player recalled watching the enthusiasm of the fans as soon as they heard Ronaldo’s name. Ronaldo is known as O Fenomeno (the Phenomenon). Further, the Brazilian is now a business owner and the president of La Liga club Real Valladolid. He is considered one of the greatest players of all time. The 44-year-old is a great influence for the strikers of these generations.

He started his career with Cruzeiro and further joined PSV in 1994. In 1996, he joined Barcelona, and the same year at the age of 20, he received the 1996 World Player of the Year. And he became the youngest recipient to get the award. Inter signed him for a world record transfer fee of $27 million after Diego Maradona to break the highest transfer fee record for the second time. At the age of 21, he got the Balon d’Or award. However, he had to take almost a three-year break due to multiple knee injuries. By the time he had scored 200 goals for the club and the country.

R9 Ronaldo was very special, was an impactful player in the history of the club

Beppe Bergomi said that certain players joined Inter at the time and Diego Simeone was one such player. While Diego did not have an immediate impact at the pitch, he had one in the dressing room. On the contrary, Ronaldo did not join the club’s pre-season training. However, in his first training session, he scored a goal by the chest. Praising him further, Bergomi said that he saw the hope of watching a great champion at play.

Ronaldo helped Inter win the 1998 UEFA Cup. He scored in the finals against Lazio, leading to Inter’s win. Bergomi made second-most appearances for the club. He further praised his coach Gigi Simoni for the impact that he had on his career.