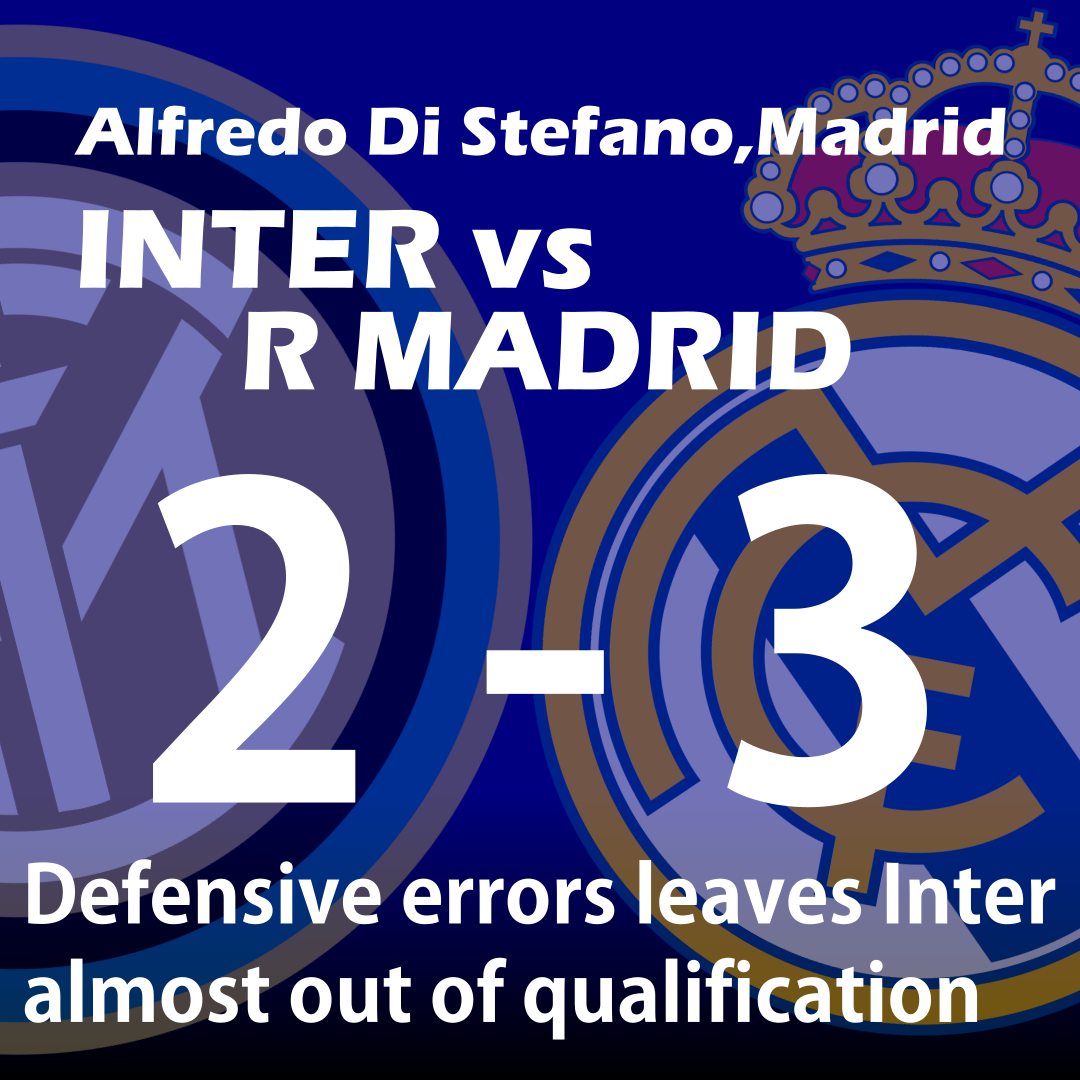 Inter’s nightmare started with two early goals by Real Madrid. While the first one came due to very stupid error leaving Hazard with the ball and only Handanovic to stop him, the second one was a result of leaving Ramos open to score through a corner. This left Inter chasing two goals in the 33rd minute itself. But, thanks to Lautaro Martinez, the Nerazzurri pulled one back in the 35th minute. This effectively ended Lautaro’s goal drought and his astronomical confidence after that was very visible.

What came as a surprise to many, including Real Madrid was Inter’s deep backline. The Nerazzurri played as deep as they possibly could and invited Madrid into their half. As Madrid followed into the trap, Inter started playing long balls through Handanovic directly to the strikers who had an open field to run into. Through this Martinez set one up for Perisic in the 68th minute to equalize. A few minutes after that, Perisic came terribly close to scoring with another chance.

But a late Rodrygo goal did the trick for Real Madrid. Rodrygo and Vinicius were put in at the right moment by Zidane to give Madrid the pace to make space. This eventually left Inter’s defenders in the wrong places, chasing the two away and that’s how the decisive goal went into the net. On the other hand, Conte messed up by taking off Barella and Perisic in the final moments. The two were creating a flurry of chances through long balls and Sanchez and Gagliardini failed to implicate them.

One of the major reasons for Conte to go with a completely untested tactic can be goal-scoring. Against Parma, it was pretty evident that without Lukaku Inter will struggle to score against a quality defence. And to a great extent playing a deep line opened Real Madrid’s defence for Lautaro and Perisic to make runs. Nicola Barella played a very crucial role in feeding them balls between the runs. Honestly, the attack was spot on in converting chances as Inter were chasing two goals. Moreover, Real beat Inter in UCL group stage to put Inter in a tight situation. The Nerazzurri will now have to win almost all of their remaining three games to go through, which is highly unlikely.