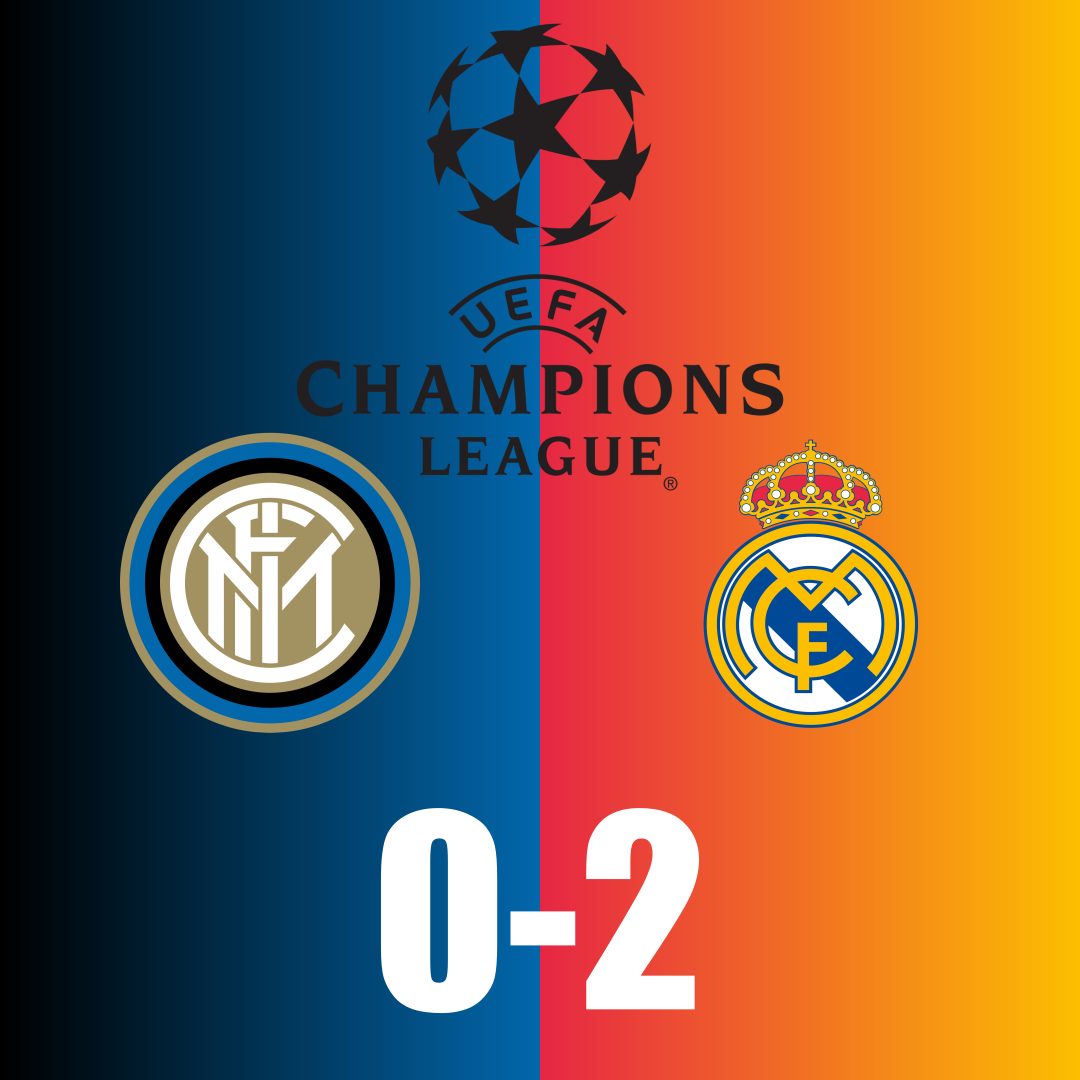 Real Madrid beat Inter 2-0 in last nights game at the San Siro. But, don’t let the scorecard fool you in this case. Inter were completely dominated by Real in the first half of the game. The Nerazzurri gave away an early penalty which Hazard put past Handanovic. Inter were clearly off in the first half of the game. Subsequently, the Nerazzurri players moaning on one another didn’t help the cause either.

While the defence was somehow managing to keep the Los Blancos at bay, Arturo Vidal picked up a couple of yellows in a matter of seconds. Vidal’s attitude towards the game made it feel like he was still playing for Barcelona. If his unnecessary tackles weren’t a headache for the team itself, they took a massive hit after this. Down to 10 men, Inter held off the Spanish Giants until half time with a 4-4-1 formation.

In the second half, Inter dominated only when they recovered the ball deep. It was sheer misfortune that Inter didn’t pull one back. Real got their second goal as the game was nothing but dead from there. No one can rule out the fact that if Inter had 11 men on the field they could’ve inspired a comeback.

Looking at how mad Vidal was getting in the game against Real at Madrid, Conte shouldn’t have played him. Conte can talk all he wants about Vidal being mature. But, such incidents will only prove him wrong in the coming future. Gagliardini looks terrible on the ball and he should not be starting games. Eriksen or Sensi could’ve easily made the eleven at Gagliardini’s expense. Real Madrid beat Inter 2-0 because Inter let them take control. From conceding an early penalty to getting sent off for arguing with the Referee, Inter were immature. The only positive of the game for Inter was how good Perisic played after coming on in the half-time break. In conclusion, Vidal cost Inter a game they should’ve ideally won.