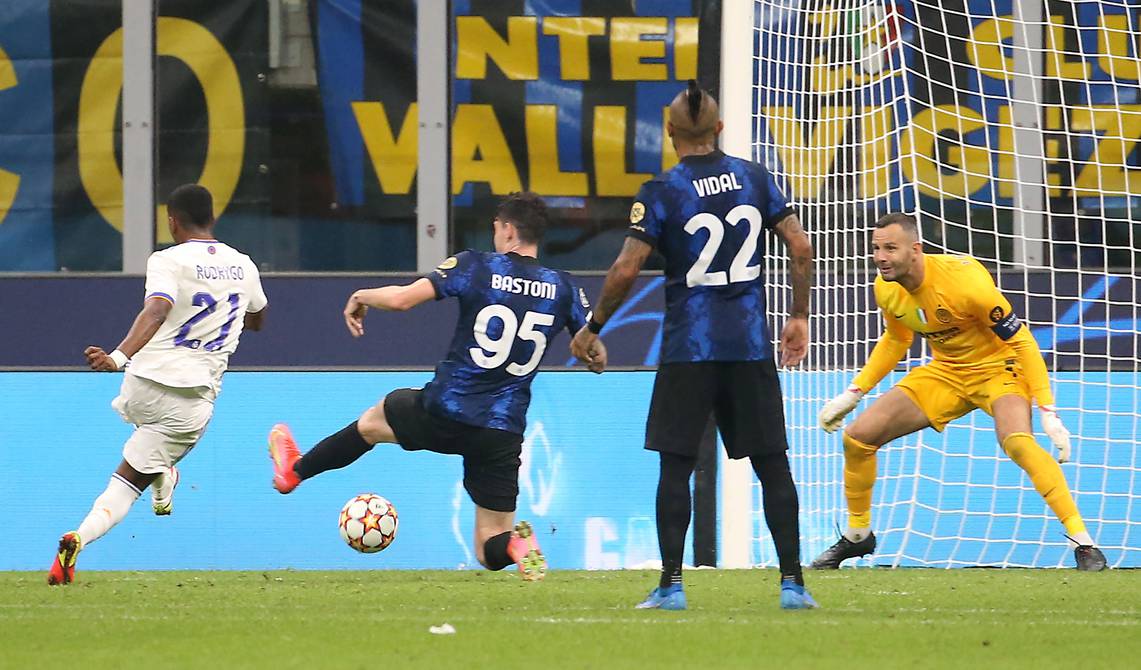 Real Madrid vs Inter will decide who will get the first position in Group D of the UEFA Champions League. Inter Milan are coming with a 3-0 win over AS Roma. The Nerazzurri managed to beat their former manager’s side with ease. They are currently in great form as they have won each of their last 5 matches. Inter will have to win this one as well if they wish to finish on the top as a draw will keep Madrid on top. They have qualified for the knockout stages after a decade, so they will look to go deep in the competition this time.

Real Madrid are also in tremendous form as they are on an 8-game winning streak in all competitions. They managed to beat Inter at San Siro with a late goal from Rodrygo. The Los Blancos will be looking to at least hold them this time and get the top spot. Real Madrid had a tough game with Real Sociedad over the weekend but they managed to get a 2-0 win. The Spanish giants will move to 2nd position if they lose and might get a tough tie in the round of 16.

Stefan De Vrij is now fit and Inter can finally switch to their usual back 3. But Darmian is still out injured and Correa has a hamstring injury so they will not feature in the match. Lautaro will take his fellow Argentine’s place while Dumfries will continue at right wing-back. Inter will have to take care of Vinicius Jr who is in top form this season.

Inter will be relieved to know that Los Blancos star striker, Karim Benzema is out for this game. Real Madrid have Madrid derby on the weekend so they might look to rest some of their big players. Luka Jovic will replace Benzema up top.