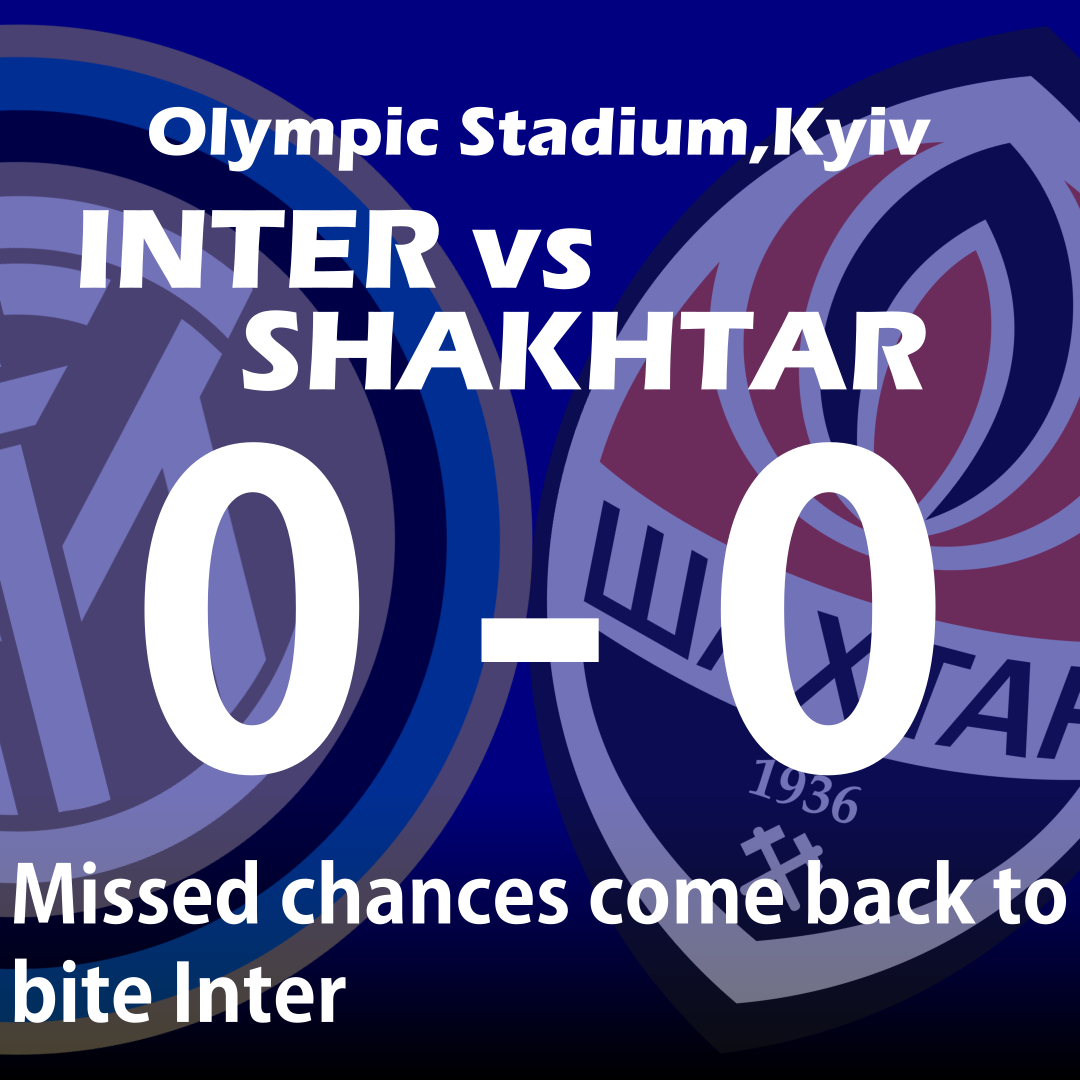 Shakhtar hold Inter on matchday two of the Champions League away from home. The Nerazzurri were unlucky to have not scored in the first half. Hitting the crossbar twice and missing close chances in front of the goal came back to bite Inter. The Nerazzurri played a similar style like the one against Gladbach. The only difference was that this time Lukaku didn’t have to create chances by himself. Subsequently, the Nerazzurri explored a number of chances from the wings, especially from the right. Hakimi looked a little out of touch but played well. Lautaro Martinez continued his poor run of form as he failed to score and missed chances throughout the game. Shakhtar defended deep and often caught Inter offside.

Inter must’ve massively regretted not scoring in the first half because Shakhtar came with a plan in the second. The Ukrainian side blocked the wings and forced Inter to play the ball to Lukaku. Their team press led to unnecessary long balls ahead neither of which materialized. Inter looked a bit lost after chances weren’t succeeding and this gave Shakhtar the space to counter. But, Shakhtar never really posed a threat to Inter’s goal. Handanovic made a superman save on a cross into the Inter box. Another highlight of the game can be Vidal making unnecessary tackles on the ball. He got a yellow and also conceded a freekick right outside the box.

Inter can only blame themselves for not capitalizing on Real Madrid dropping points. Madrid drew with Gladbach yesterday which puts them last in the group. Shakhtar are on the top, followed by Gladbach and Inter in third. Thankfully Inter have the same points as Gladbach. The Nerazzurri will play the next two games against Real Madrid who’ll be looking to get their Champions League campaign on track. Conte’s men will have to churn out wins against Madrid if they wish to qualify for the next round from this group. As Shakhtar hold Inter away from home, the Nerazzurri have a tough task on their hands.