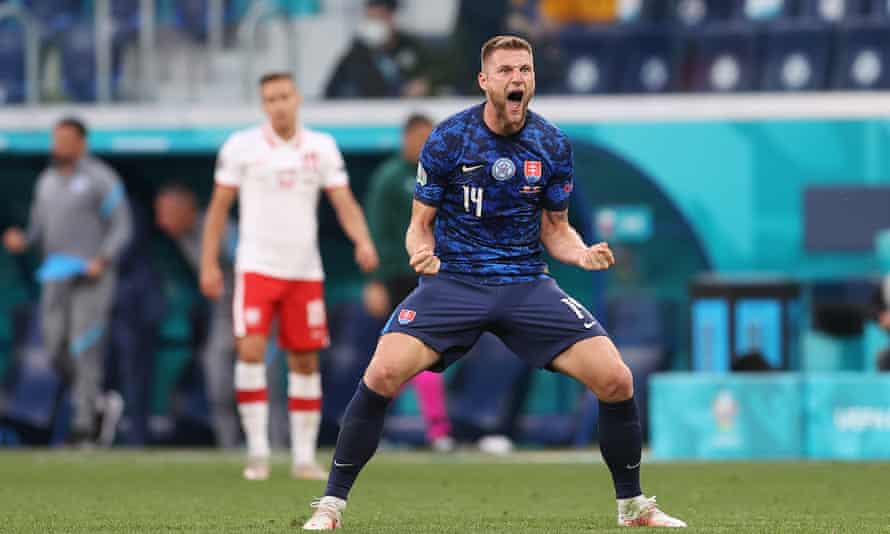 Skriniar scores a brilliant goal on half volley against Poland to help Slovakia for a 2-1 win. Skriniar had a great game as he decided the match entirely. First, he kept Robert Lewandowski silent in the game. Moreover, in the 2nd half, he scored a goal at 69th minute to give Slovakia a 2-1 lead. Skriniar has had a great season with the Nerazzurri and now he is performing well with his country too. He has been a rock at the back and many teams across the Europe are keen on him.

Poland were not on their standards last night. They did equalize Szczesny’s own goal in the second half and looked good. But the red card killed their momentum. So, Slovakia took advantage of that and Skriniar finished nicely after the corner. Poland were dominating the game after Linetty’s goal at the start of the second half. Krychowiak made a reckless challenge and got sent off. He was playing well and holding the midfield perfectly. After his departure, spaces started to open up.

Skriniar scores against Poland and helps Slovakia to get 3 points

Poland had more possession in the game but could not create enough chances as Slovakia were solid and compact in defending. Also, when Poland lost the ball, Slovakia managed to use the wide space and counter quickly. Poland were quite slow in their build-up and could not give Lewandowski enough chances to score. Slovakia’s head coach was happy with how his team played. He said that result was not as important as our style of play. It was important to show what we are capable of doing.

Now Slovakia do have a chance to get into the round of 16. But, the games against Spain and Sweden would be more difficult and they would not have much room for mistakes.