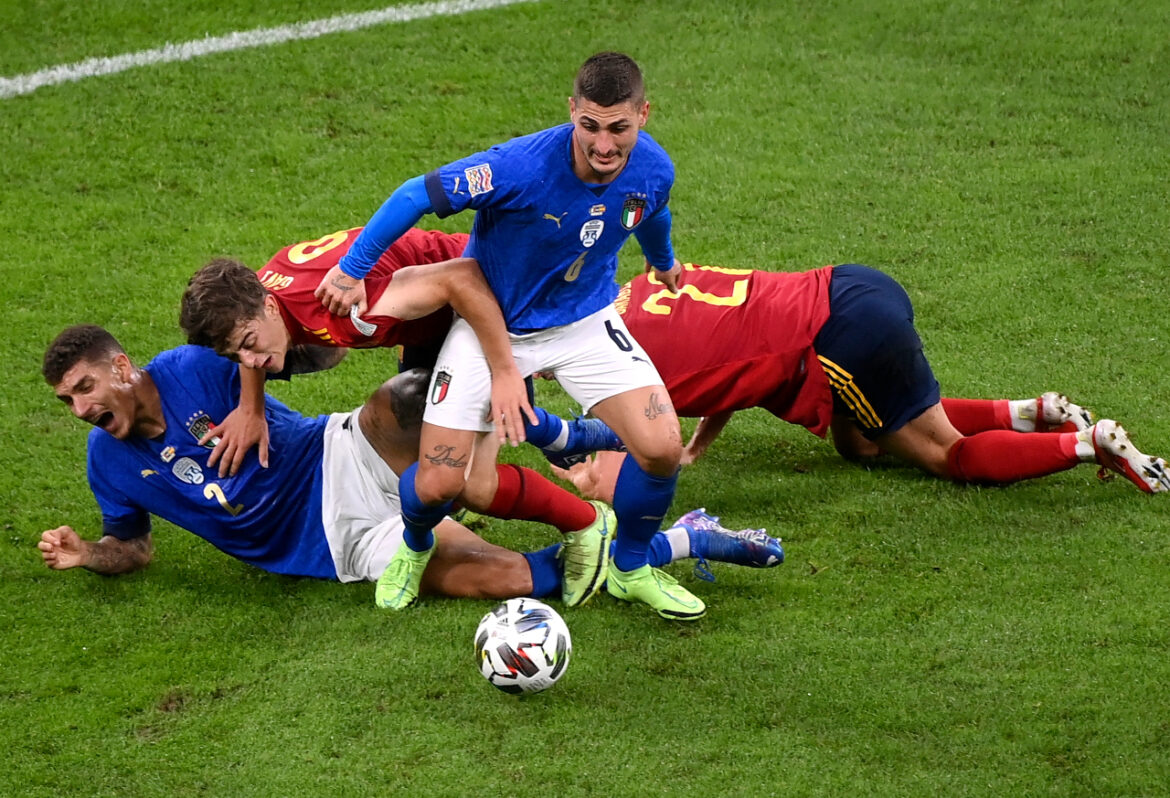 Spain beat 10-man Italy in the Nations League Semi-final. Spain ended 37-match unbeaten run of the Azzurri last night. Nicolo Barella and Bastoni started the match for Italy and were good in the first half. But, after Bonucci got sent off, the game changed for Italy as they had to rely only on counter attacks. Mancini decided to go with Bastoni instead of Chiellini in this match. He had to sub in the Juve defender in the 2nd half after Bonucci’s departure. The referee could have given Bonucci a warning for his challenge on Busquets but he decided to give him the second yellow.

Ferran Torres scored a brace in the first half and made it tough for Italy to come back. Oyarzabal gave two brilliant crosses to Torres for both goals and Italy could not defend them. But after the inclusion of Chiellini Italy were much better and defended well in the second half.

Spain dominated the match with their talented midfield and the 17-year old midfielder, Pablo Gavira impressed everyone. He managed to compete with Italy’s formidable trio of Verratti Jorginho and Barella. Chiesa was the best player for Italy and looked positive whenever he got the ball. He had the least touches in the match because Italy defended for the majority of the game. Still, he completed the most dribbles in the match (6) and won most duels too (11). He gave a brilliant assist to Pellegrini for Italy’s only goal after getting past several challenges on the break.

Italy will be disappointed with their result but after Bonucci got sent off, they could not do much. Spain like to keep the possession of the ball and against a 10-man team, it became even more easier for them. Italy will now play on Sunday for the third spot.