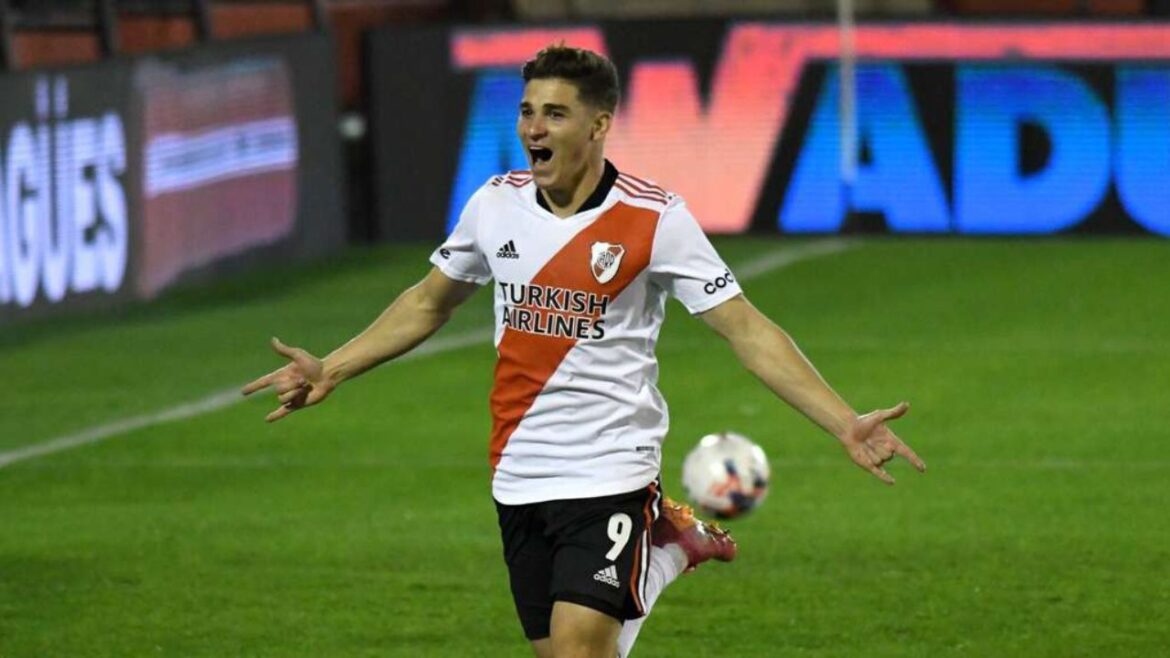 Inter eye Argentine forward Julian Alvarez who plays for River Plate. Inter’s city rivals, AC Milan, have him on their radar for a long time. Inter need a player like him who is versatile and can play in multiple positions in front. Alvarez got the headlines when he scored a match-winning double in the Super Clasico against Boca Juniors. Also, he is a part of the Argentina national team which already has much quality forwards. This shows his growth and talent, and hence many clubs are now eyeing him.

His contract will expire next year, also his asking price is now €20 million. Clubs like Dortmund, Tottenham, Ajax, Sevilla and Bayer Leverkusen are after him. He gave trials at the Los Blancos when he was young and he was not selected at that time. But, now they are after Alvarez too. Inter have enough money now after selling Lukaku and would like to go after the talented Argentine. However, it would be tough to get the 21-year old as there will be a lot of competition.

Julian Alvarez has a brilliant right foot and he likes to play like a classic winger. He occupies the right flank and gives perfect cut-back and crosses into the box. He is also capable of cutting in from the left flank to shoot and score and has a knack for scoring goals in big games. If Inter gets him, he can play at left and right wing-back, and as a supporting striker as well. The Argentine is quick and has a great work rate, his pace helps him to get past the opponent’s full-backs.

Alvarez can fit in any team because of his versatility, and Inter would need a player like him as Sanchez might depart soon.