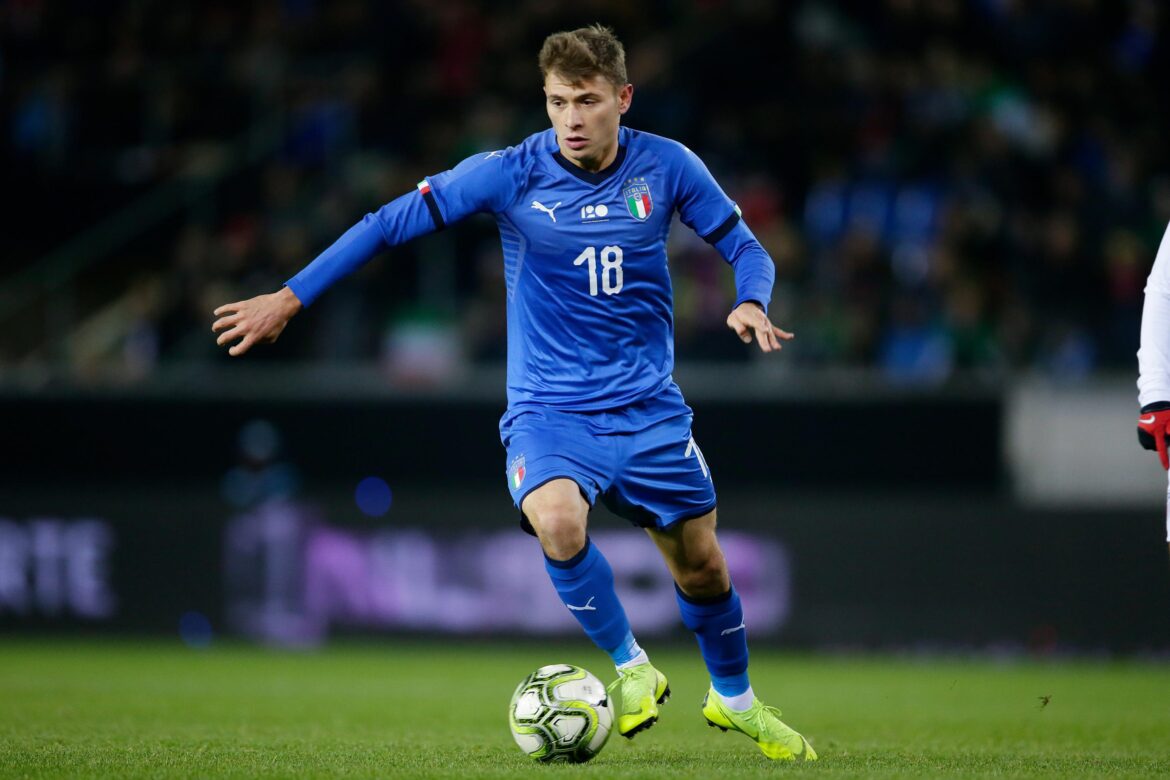 Nicolo Barella to start for Italy against Spain in the Nations League Semi-final tonight. The Italian midfielder played a key role for Mancini in the Euro 2020 and helped Italy to win it. The Azzurri managed to beat England in the Final on penalties. It was a big moment for Italy as they did not qualify for the 2018 World Cup. But, they bounced back and won the Euros 2020. Italy also faced Spain in the Semi-final of the Euros 2020 and won on penalties. Barella played for 85 minutes in that match and had a great first half. Mancini would hope for a similar performance from him tonight as they face Spain again in the Semi-finals.

Nicolo Barella plays like a mezzala in Italy’s team as Jorginho and Verratti look to control the game by staying slightly behind. The 24-year old occupies the right half-space and gives Chiesa or Berardi to get in from the right-wing position. He rotates the ball quickly and makes a run into the box when he smells an opportunity. Also, it is very difficult to snatch the ball from him as he is a very smooth dribbler. He scored a goal against Belgium by getting into the box after dribbling past few players.

Nicolo Barella is the future of Italy’s midfield and is liked by Mancini a lot. Inter also want to keep him for more years and they will give him a new contract soon. Also, he can be Inter’s next captain as the 24-year old has the leadership qualities.

Tonight, Italy will be up against an equally talented midfield who are also technical on the ball. Both the teams create a lot of chances so it will lead to an interesting match.