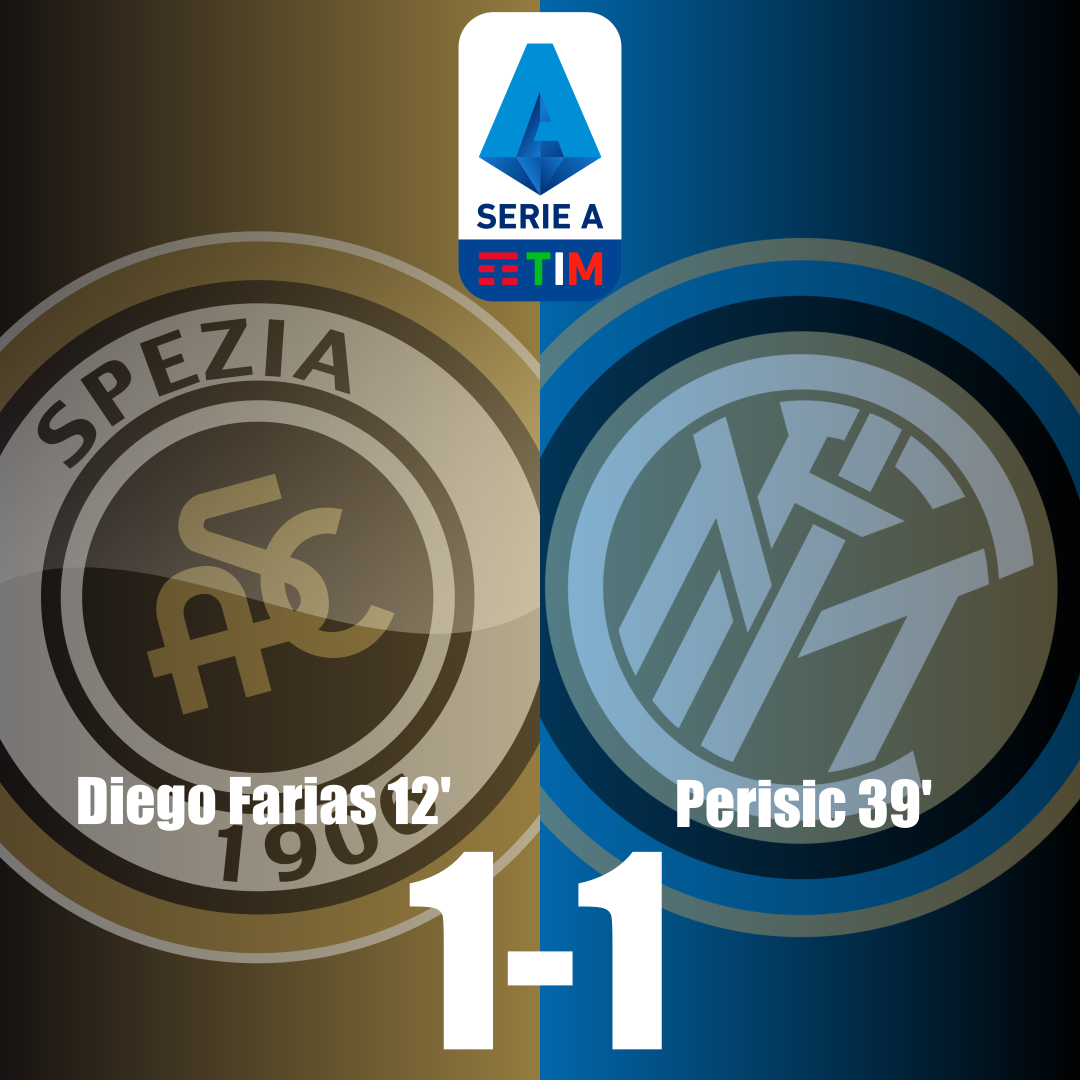 Spezia hold Inter away from home in a 1-1 draw. Spezia made Inter work hard to salvage the draw with a deep line. Furthermore, the Nerazzurri were left red-faced by Samir Handanovic again as he messed up an easy save. Diego Farias put the home side ahead in the 12th minute itself. From there on, it was a chase like no other for Conte’s men. A Hakimi cross met a calm Perisic finish in the Spezia box to level the score in the 39th minute.

It is hard to imagine that Antonio Conte is happy with how his team is playing. A draw against Napoli was the end of a long winning run. Although the Nerazzurri have not lost a game since January, they look very rusty. Inter let chances go begging last night against Spezia in a game they were the favourites to win.

The fact that Milan lost to Sassuolo earlier in the day should please Inter. Despite taking the blame for the draw, Inter cannot take away how good Spezia have been this season. They’ve taken all 3 points against the likes of Napoli and Milan to name a few. The newly-promoted side are good at keeping their shape and have a system that works in the top flight. Inter, on the other hand, are rusty and probably drained after a winning streak like no other. The Nerazzurri have not been able to keep the best shape on the pitch for two games in a row now.

Despite the draw, Inter have got themselves a 10 point cushion at the top. 3 wins out of the remaining 6 games will seal the deal for Inter. If Milan drop any further points, which they might, things will get all the more easier. As Spezia hold Inter away from home, will this be the beginning of a Pazza Inter moment? Or will Conte’s men seal the title in the coming weeks?