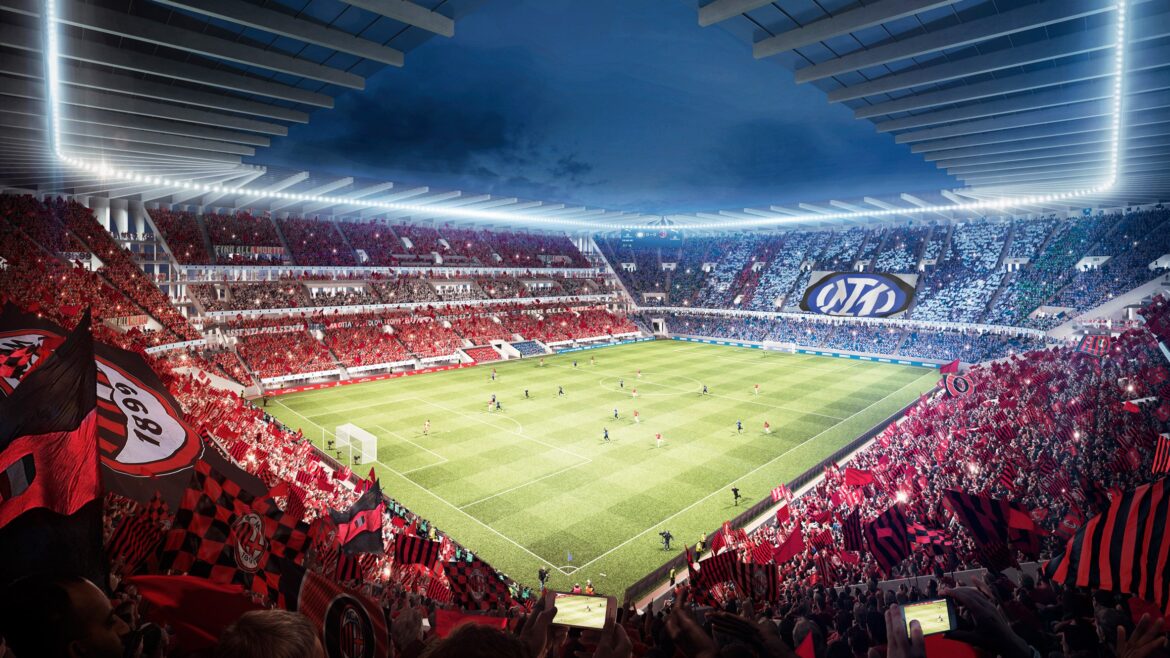 The new stadium for Inter Milan and AC Milan will be ‘the Cathedral‘. Populous made its design and both AC Milan and Inter decided to go with this project. It got its name from the iconic Duomo Cathedral in Milan as it contains some details from it. This stadium will be near San Siro which will then be the stadium for Women’s football. The Cathedral will have a unique bowl shape which will bring the fans closer to the action and it will create a vibrant atmosphere.

Populous was the one who constructed the new Tottenham Hotspur stadium which is one of the best stadiums in Europe. They are now ready to construct an even better stadium in Milan. The San Siro will host the Winter Olympics in 2026 and after that, it could be taken down partially. The plan is to get the new stadium ready by 2027, that is after the Olympics. Its seating capacity will down to 65,000 from 80,000 as the new stadium will have various facilities.

The new stadium will increase the revenue as both Inter and AC Milan can gain €80m each every year.