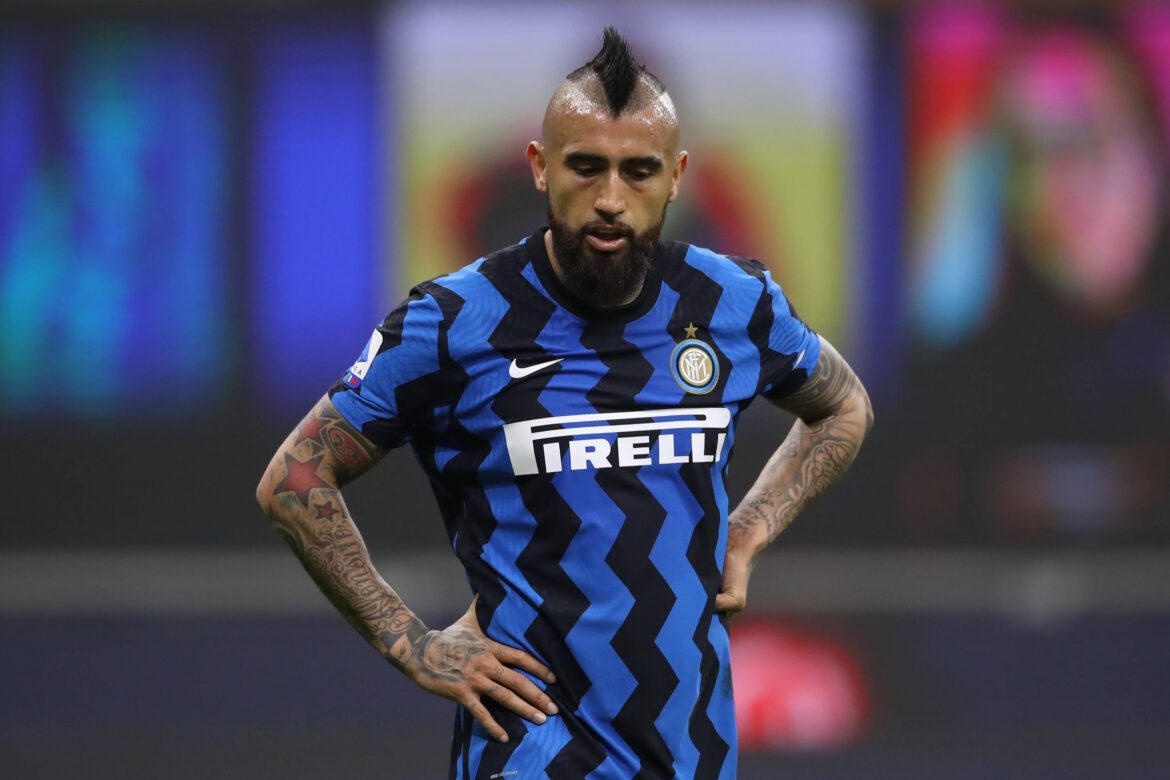 Vidal faces €57k fine after he broke Chile’s quarantine protocols before testing positive for COVID. The 34-year old was allowed to meet his close family and friends. However, he broke the rules not just once but so many times. Instead of just meeting his family, he met his friends, visited a racetrack, and recorded an ad too. In fact, he also went for lunch and visited a second division team that he part-owns.

As per reports, he also spent some time with a model in his hotel room before meeting up with his teammates. The Chilean created a huge health hazard for other teammates. The COVID situation is grave across the world and Chile is still recording 6,000 cases every day. The healthy bio bubble ensures the safety of the people inside it by keeping a safe environment and least interaction with the outer world. If found guilty, Vidal will be looking at a €57k fine.

The Chilean footballer recently went to Chile after winning Serie A. The 34-year old got a considerate exemption from his 10-day quarantine period to visit close family. Since he has been away from them for a while while he was playing in Italy. However, he misused the freedom of the gesture. At first, he was admitted to the hospital for extreme tonsilitis. However, he tested positive on Monday. In fact, he took more than four hours to inform the management about his report.

The Chilean footballer will miss out on today’s qualifier against Argentina. Although he can also miss out on the match against Bolivia on June 9. It will probably depend on his recovery. He had got the vaccine last Friday and informed the fans by posting it on social media. Chile have lost two of their four matches so far. The other two matches were a draw and a victory.