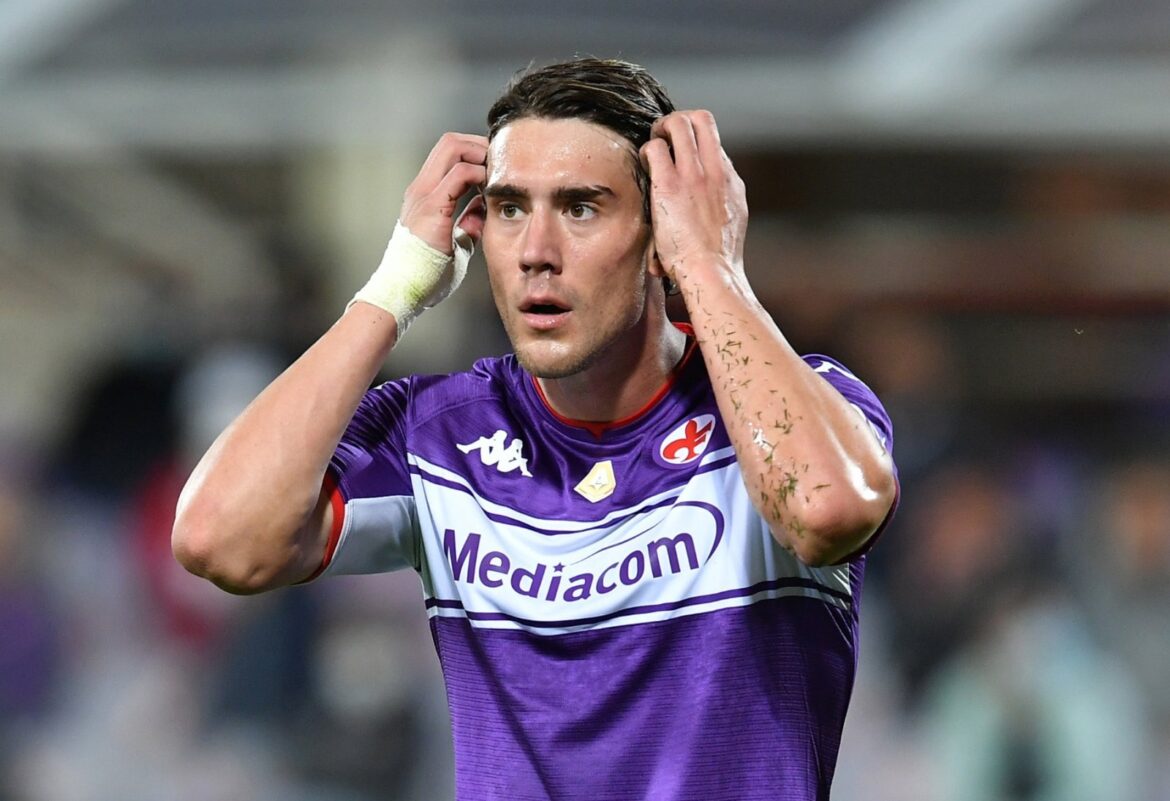 Dusan Vlahovic prefers Inter move over Arsenal. The Serbian is being monitored by many top clubs in Europe after a great start to the season. He has kept Fiorentina in the top half of the table by scoring 16 goals in just 20 games. So many clubs are keen to sign him soon and, Arsenal are trying their best to secure him. The Gunners have steadied their ship under Mikel Arteta as they sit on 4th position in the Premier League table. But, Vlahovic prefers Inter as his next destination.

According to reports, the Serbian forward has told his close friends that he would prefer to join Juve or Inter Milan if he leaves Fiorentina. His team is currently at 7th position and, he has scored almost half of their total goals. Arsenal want to sign a striker in this window or after this season. They have dropped Aubameyang for disciplinary reasons, so they need to fill the hole left by him. Currently, they are using Lacazette and Nketiah alternatively at the front, and the duo has done a decent job so far. However, Vlahovic’s decision will hamper their transfer strategy as he likes Inter Milan more.

Inter will need a striker shortly as Dzeko will not stay for long. The Bosnian striker will be 36 in March so, Inter need a long-term partner for Lautaro. Vlahovic will be a great option as he has immense potential, and he will be willing to join them. The Serbian forward knows that he will get a chance to challenge for many titles with Inter.

But, the only issue Inter will have is his transfer fee. Arsenal are willing to pay around £60 million for him and, Inter might have to match their bid. The Nerazzurri are still in debt, so they might not be able to match the bid.