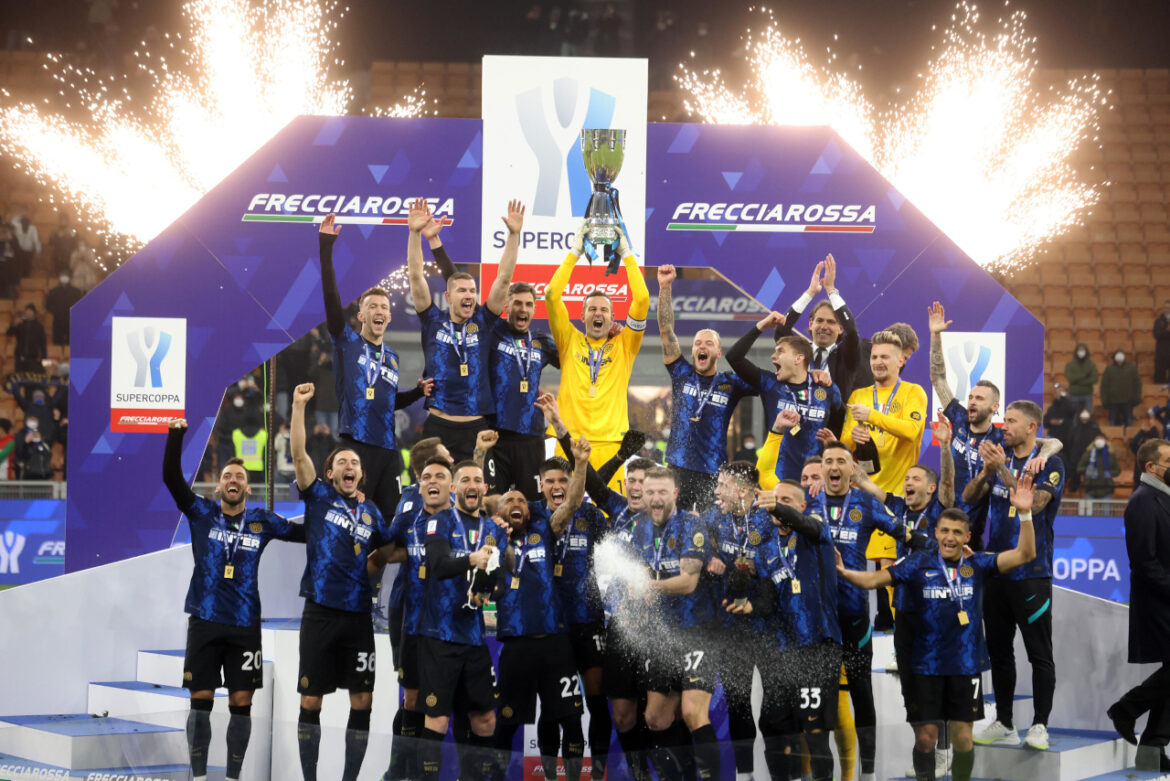 Alexis Sanchez strikes late to give Inter their 6th Supercoppa Italiana. Inzaghi got his first trophy as Inter’s manager by winning the Derby d’Italia. But, Inter had to battle till the end as Juventus put up a good fight. Allegri decided to go with Perin in goal and, Kulusevski in front as Dybala started on the bench. Inzaghi went with his best squad as Dzeko was back in the starting 11.

De Vrij missed a chance as he misplaced his header in the first 5 minutes. Inter were creating lots of chances but, they were not clinical enough. The Nerazzurri took 23 shots and, only 8 of them were on target. The Bianconeri got the lead through Weston McKennie’s header. Inter’s defenders did not mark him and, he got a free header in the middle. Inter were dominating the possession but, Juventus were tough to break down. However, the Nerazzurri managed to get the equalizer in the 35th minute as Dzeko was brought down in the box by De Sciglio. Lautaro stepped up and converted the penalty by smashing the ball in the top right corner.

Juventus got a perfect chance at the start of the second half as Bernadeschi was unmarked on the far post. But, the Italian winger could not keep his shot on target. Calhanoglu pinged the ball to Dumfries, who made a run in the box and headed the ball. But Perin managed to keep it out as Juve survived another attack. Allegri’s team were now sitting deep, which gave Inter the freedom to create chances. However, none of them were threatening enough and, the game went on to extra time.

Both teams were trying to stay compact when out of possession and, Inter were still looking to press with Sanchez and Correa, who came from the bench with fresh legs. Brozovic got a chance to shoot, but Chiellini managed to block his shot. Just when the game seemed to be going in the penalties, Inter got the winner as Sandro did not clear the ball from Dimarco’s cross so, Sanchez took advantage of that and slammed it home to give Inter the win in the last second.