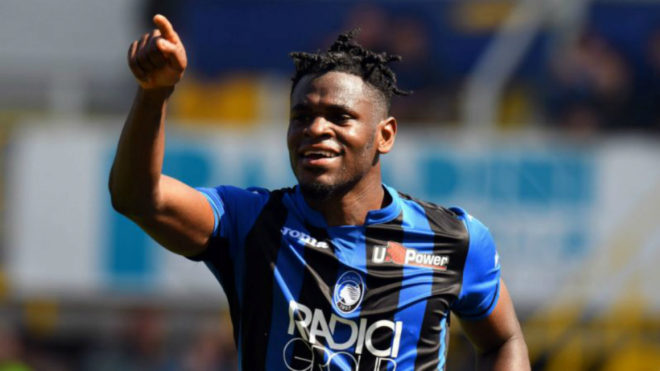 Duvan Zapata has agreed to Inter Milan move. Inter Milan have made contact with his agents as well. Atalanta BC are aware of this and they are willing to sell him. Inter want to complete this signing as soon as possible so that Inzaghi gets some time with Zapata. The Columbian has been great for Atalanta and his profile matches Lukaku but it will be tough for him to fill the shoes of the Belgian. Lukaku played a big part in the Nerazzurri’s recent success. He has scored 47 goals for Inter in just 72 games and had a brilliant partnership with Lautaro. Inzaghi did not want to disturb this pair but the Suning are forcing Inter to sell the Belgian. Inter ultras are protesting and some fans were outside the training ground as well.

Meanwhile, Lukaku was willing to stay in Milan before as he liked Inzaghi and wanted to defend the Serie A title. But, Thomas Tuchel talked with him and the German tactician has convinced him to make a return to the Stamford bridge. Lukaku likes the idea to play in a team that won the UEFA Champions League last season. Chelsea lack a good finisher as Werner has struggled in front of the goal. Atalanta will ask €40 million for Duvan Zapata as they are thinking to sign Abraham from Chelsea with that money. But Inter Milan will make an offer of €30 million-plus add ons for the Columbian.

The former Cesena Coach Massimo Drago has said that Zapata is the only player who can replace Lukaku at Inter. Atalanta will allow him to leave as he is 30-years old now and they are looking to sign Abraham who is much younger than him.

Inter also have Abraham on their radar but they want to sign him on a loan deal. While Atalanta are willing to take him permanently.