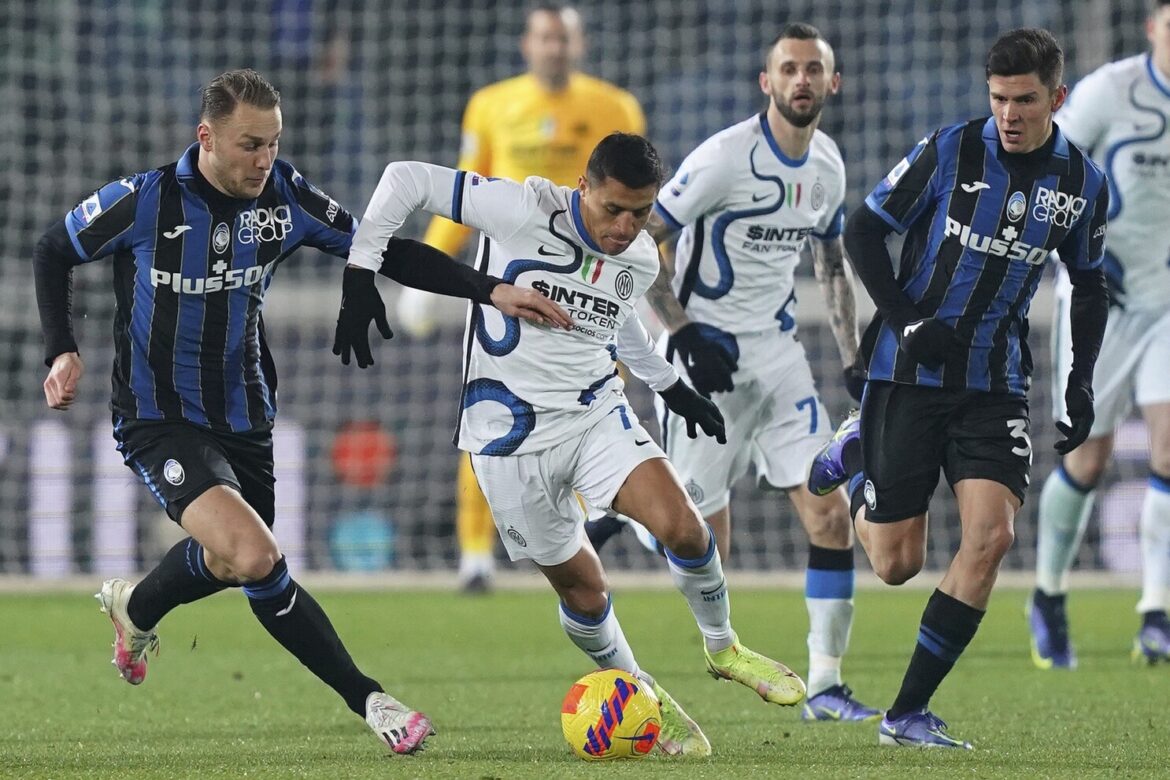 Atalanta hold Inter in Bergamo last night and, Nerazzurri’s 8-game winning streak comes to a halt. The game ended in a goalless draw as Inter could not finish their chances. Inzaghi will be frustrated with the result as Inter had a chance to gain 3 points against a depleted Atalanta side. La Dea were missing some of their key players like Zapata, Ilicic, Gosens, and Malinovsky. Meanwhile, Inzaghi’s men were suffering from fatigue as they played for 120 minutes on Wednesday night against Juventus.

Inzaghi decided to give rest to Lautaro and De Vrij and started with Sanchez and D’Ambrosio. Also, he got Darmian in for Dumfries as the Italian wing-back has more defensive awareness. Inter dominated the first half but could not breach Atalanta’s defense.

Atalanta looked to press Inter high up the pitch and were marking man-to-man when Inter tried to build up. Inter had to use the wide regions to progress, as Atalanta were keeping things tight in the center. Dzeko got a chance in the 16th minute when Brozovic provided a cross from the right. But the Bosnian could not keep his header on target as it went wide of the post. Inter had very little time on the ball as Gasperini’s men were pressing aggressively so, Inter were not able to progress into the final third easily. Muriel got dispossessed in his half and, Sanchez took the opportunity to take a shot but, Musso made an acrobatic save.

Atalanta had a big chance to open the scoring at the start of the 2nd half as Pessina was through on goal. But, Handanovic reacted to it quickly, as he came out and saved the shot by sliding. Dzeko had another chance but, Musso managed to save the shot and restrict Inter to a corner. The Bosnian had plenty of chances to give Inter the lead but, he could not convert them. He got another great opportunity as Dumfries nodded the ball to him however, he could not keep his header on target. Handanovic managed to keep Inter in the game in the end as he saved Pasalic’s shot. In the end, Inter had to settle for a point.