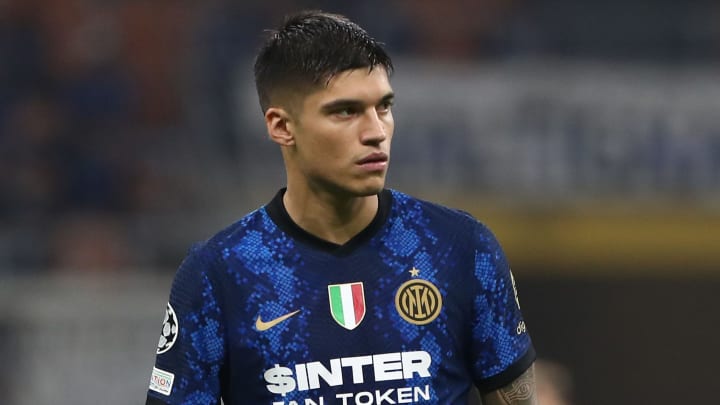 Joaquin Correa ruled out of Inter’s clash with Fiorentina tonight. The Argentine suffered a blow against Bologna. He is not a part of the squad as he will be nursing his injury and would like to return to the team soon. Inter will be playing against Atalanta on Sunday and they would need him. He made his full debut against Bologna but he had to be subbed off for Edin Dzeko in the 29th minute as he got injured. Inter managed to win the game easily as they scored 6 goals and Dzeko scored a brace. Inzaghi will hope that he does not feel his absence tonight and Dzeko and Lautaro complete the job tonight. Lautaro is looking sharp this season as he has scored a couple of brilliant goals with one touch finish.

Correa has been a terrific signing by Inter and he has made an instant impact with his performances. Inzaghi has used him as a super-sub and he has already won a game for Inter. The Argentine came from the bench against Hellas Verona when Inter the score was 1-1. He scored a brace in just 16 minutes to seal the victory for Inter and complete his dream debut.

Inzaghi and Correa have a good relationship as the Argentine has played for him in Lazio for three years. Hence, Correa looks settled in the current setup and walked into this team with ease. Inter will be playing against a team that are in good form and can cause an upset tonight as it is their home game. But the confidence Inter got from the 6-1 win over Bologna will motivate them to break Fiorentina’s winning streak.

Other than Correa, Sensi and Vidal are out of Inter Milan’s squad as well.