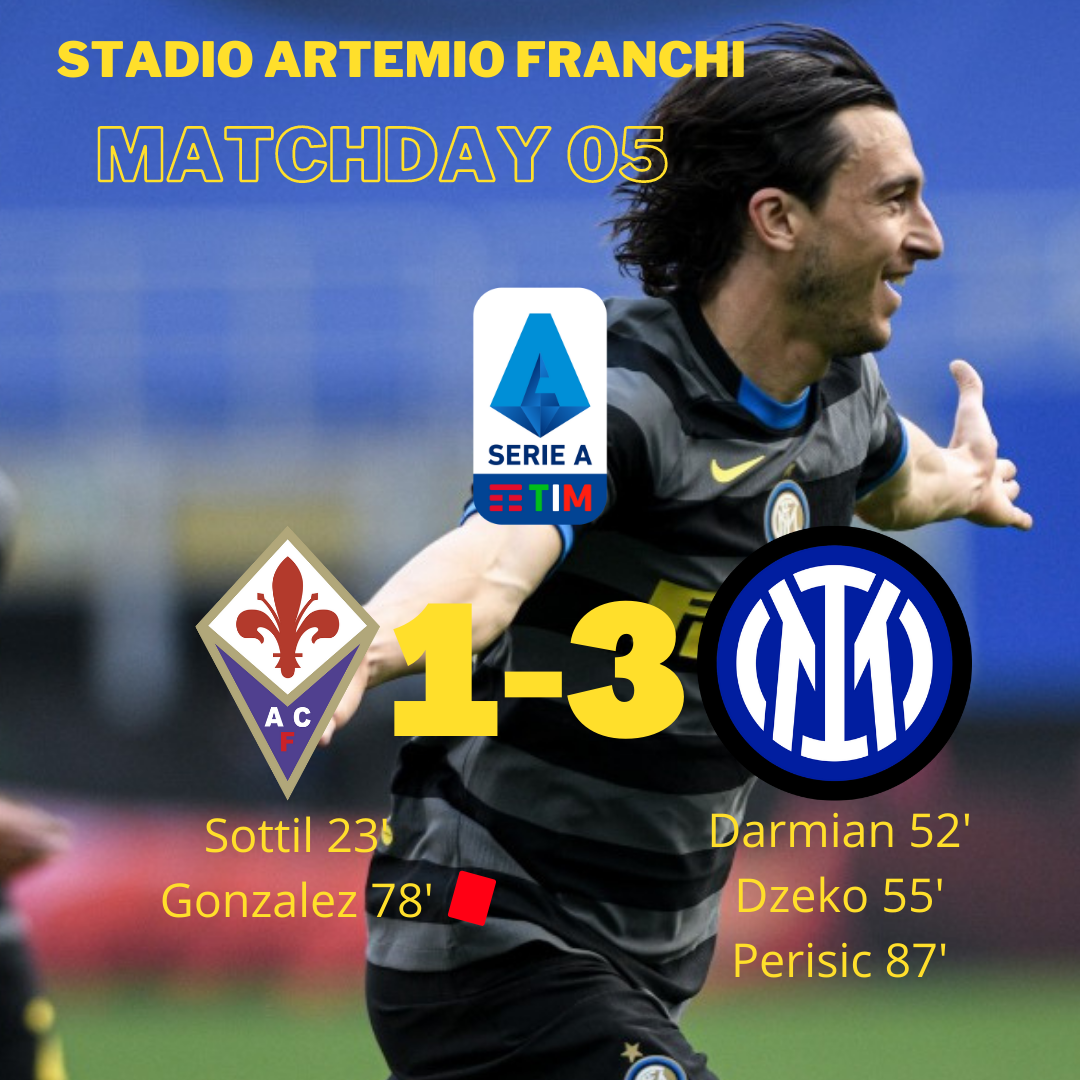 Inter fight back at Fiorentina to get back at the top of Serie A. They came into this match with a 6-1 win over Bologna. The Nerazzurri were trailing in the first half but they managed to come back in the second half emphatically. Fiorentina started the game well and had a couple of chances right at the start of the match. Samir Handanovic showed why he is still one of the best keepers in the Serie A and managed to keep Inter in the game as he produced a couple of brilliant saves. Inter were struggling to form any attack and when they tried to counter, Fiorentina were quick to get back in position. Nico Gonzalez was giving Skriniar all sorts of problems who looked a bit tired.

In the 23rd minute, Gonzalez was able to get past Skriniar and he delivered a low cross. The ball went to the far post as none of the Inter defenders were back to intercept it. Sottil came quickly at the far post and placed his finish which gave Handanovic no chance this time. Fiorentina managed to keep their lead intact till the end of the first half and were looking tough to beat.

Inter fight back at Fiorentina and register a 3-1 win

In the second half, Inter decided to be more direct and played long balls when Fiorentina applied pressure. Vlahovic had another chance at the start of this half but his shot hit the crossbar. A few minutes later, Handanovic played a long ball which Dzeko got in control and he gave it to Barella. Few Fiorentina defenders tried to cage Barella, but this left Darmian unmarked and Barella quickly released him. Darmian struck an angled shot powerfully to get Inter back on level terms. Just 2 minutes later, Inter got a corner and Calhanoglu delivered a brilliant cross. Dzeko reached to it and placed his header perfectly to give Inter the lead.

After this, Fiorentina went all over the place and they started to lose their nerve. Bastoni pulled Nico Gonzalez’s shirt which the referee could not see. Gonzalez went on to complain about it but the referee gave him the yellow so he got furious. He then gave sarcastic claps to him so the referee decided to give him the second yellow and send him off. Inter took advantage of 10-men Fiorentina and got their third goal as Perisic scored a simple tap-in. Now Inter will turn their focus to the next match as they face Atalanta on Saturday.