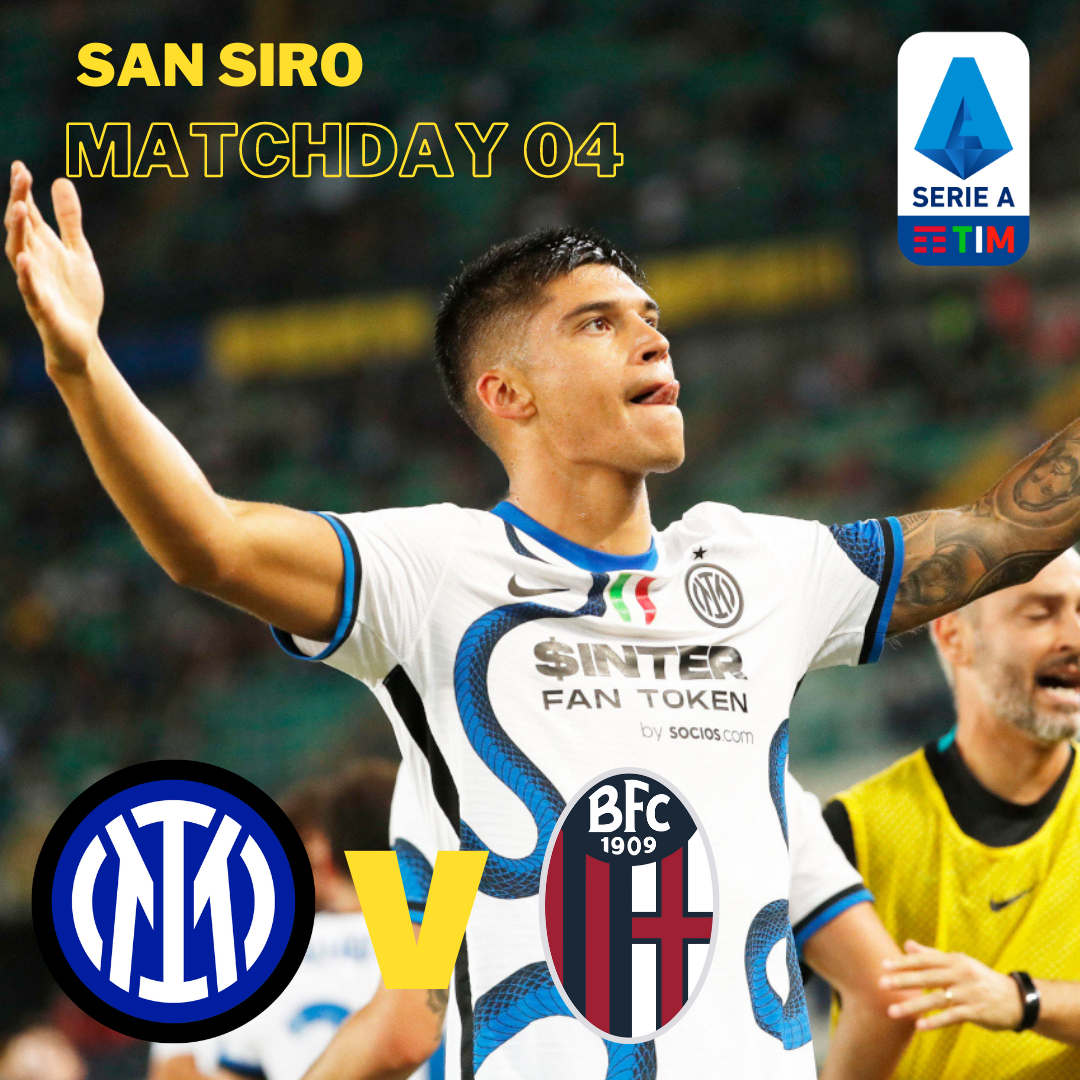 Inter Milan hit six past Bologna and came back in style after two winless games this week. The Nerazzurri steamrolled Bologna as they scored 6 goals against a side who were unbeaten in this season so far. Bologna were at 6th position in the Serie A before this match. Also, they were coming into this game with a win against Hellas Verona. But Inter stopped their unbeaten run and are now at the top of the Serie A table. Inter were very clinical in this game unlike their last match against Real Madrid.

Inter did not take much time to break the deadlock as they scored in the 6th minute with a ruthless and lethal counter attack. Dumfries took the charge from the right flank and waited to make a low cross. Lautaro Martinez timed his run to perfection and finished it with ease. Bologna were poor in defending the wide areas and Inter took advantage of that. Bologna had some possession of the ball after that but were unable to break Inter’s defense which was well organized. After half an hour Skriniar doubled the lead for Inter as he headed in Dimarco’s excellent delivery from the corner. A few minutes later, Barella got his first goal of the season as Dumfries, who had a brilliant game, played a nice one-two and placed a cut-back. De Silvestri cleared the ball but it went to Barella who finished it easily.

Bologna started the 2nd half well with the ball. But in defense, they were again giving too much space to Inter on the flanks. This time Dimarco took advantage of that as he made a run down the left flank and played a cross in the box. The ball missed Dzeko and Dumfries but got to Vecino at the back post who took Inter’s lead to 4-0.

In the 63rd minute, Dzeko scored his first goal as Lautaro pulled off an amazing dummy which tricked Bologna’s defenders. Edin Dzeko then scored from between the legs of the defender. The Bosnian completed his brace a few minutes later from Sanchez’s through ball who came from the bench. Bologna got one back and Inter could not keep the clean sheet as Theate scored the header following from a short corner.

Inter will get immense confidence from yesterday’s performance. But Inzaghi’s men will keep their feet on the ground as Bologna had a terrible game.