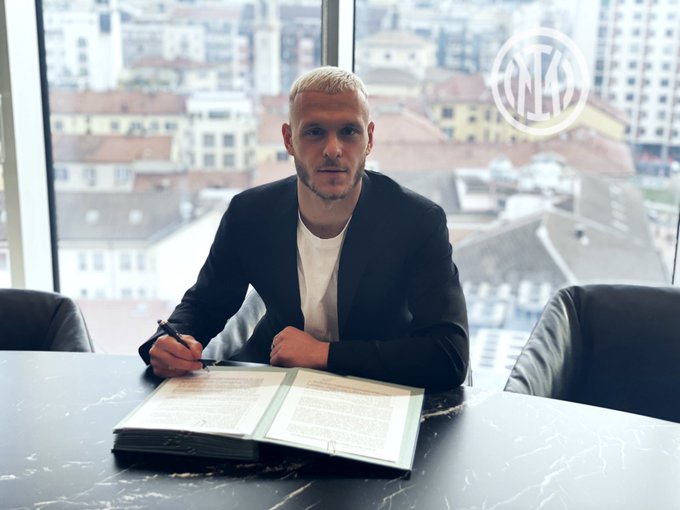 Federico Dimarco signs a new contract with Inter Milan. The Italian defender’s new contract will be running till June 2026, his previous one was till 2023. His new contract will also get him a higher salary than previously. Dimarco was getting less than €1 million and now he will earn €1.5 million per year. The Nerazzurri wanted to give him a new contract because of his versatility. Dimarco can cover 2 positions with ease and is highly technical on the ball. Also, he is just 24-years old so he now has the time to fulfill his potential with the Nerazzurri.

Dimarco can play as a left center back or as a left wing-back. He has shown his qualities after coming from the bench and covering up for the first team players when they get an injury. Also, he is brilliant on set-pieces and has scored some amazing free-kicks this season. His free-kick against Sampdoria is a fan’s favourite as he showcased perfect technique on that one. Moreover, his delivery from the corners is exquisite and has helped Inter in scoring some goals this season.

Dimarco signs a new contract with Inter till June 2026

Inzaghi has used Dimarco more as a left-sided center back as he likes to create an overload on the left flank with him. Perisic stays up and Dimarco makes an overlapping run to put in crosses. He has a wonderful left foot and his crosses create lots of problems because he swerves the ball well. Against the teams that sit deep with a low block, his presence gives Inter an advantage as they create numerical superiority in the left flank.

Dimarco has scored 2 goals and provided 2 assists so far this season. Inzaghi wanted him in the team and that is why he brought him back from Hellas Verona where he spent 2 years on loan.