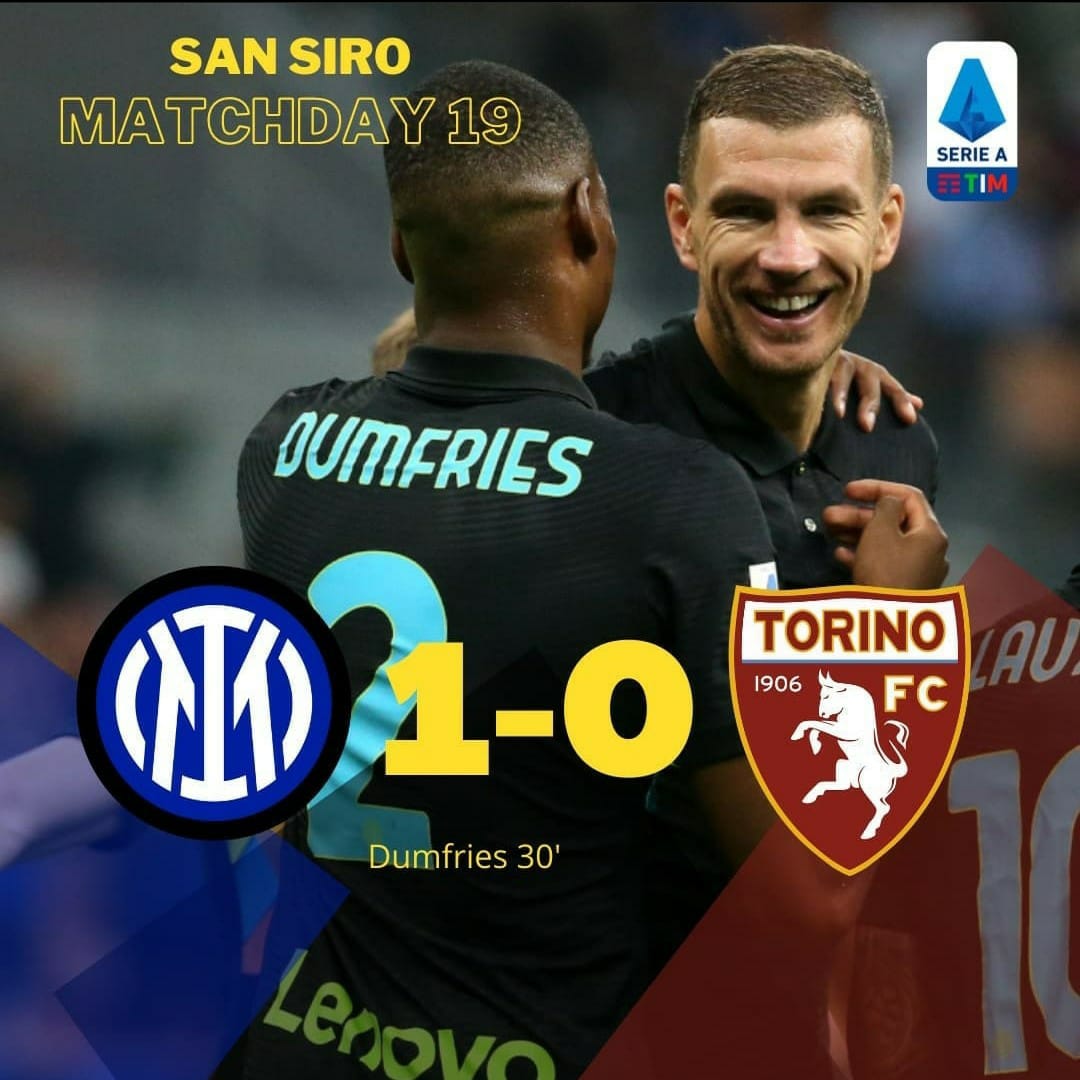 Denzel Dumfries fires unstoppable Inter to another win. The Nerazzurri have a 4 point lead as Milan also won their game against Empoli. Inter are the winter champions as they go into break as the league leaders. Simone Inzaghi decided to give Vidal a start as Barella was serving a suspension. The Chilean did a decent job as he created 4 chances and won 4 duels in the match. This was Inter’s 32nd win in Serie A this year and it is second only to Juventus’ 33 wins in 2016.

Inter ended Torino’s 4 match unbeaten run with a narrow 1-0 win. Torino tried to exert pressure and were closing down the passing lanes but Inter managed to build up patiently. Inzaghi said after the match that he knew Torino will pressure ferociously so they were preparing in the recent days for that. Torino were missing their star striker, Belotti, as they failed to finish their chances.

Torino were looking to apply pressure on Inter early on but failed to disrupt their build-up. They were threatening on the break but could not breach Inter’s defense. Calhanoglu was dictating the midfield and Inter had plenty of possession in the first-half.

Inter got their reward at the half-hour mark as Brozovic did well to get the ball forward with pace on the counter. He then gave the ball to Dzeko and Inter were flooding their players forward. Dzeko picked out Dumfries and Brozovic let the ball roll towards the Dutch international. Dumfries finished it calmly and gave Inter the lead. Lautaro missed a chance a few minutes later from a beautiful ball by Calhanoglu. The Argentine managed to time his run and beat the keeper, but he could not keep his shot on target.

Torino were much better in the 2nd half and tried to play with a high line. But still, they could not break through Inter’s defense as the Nerazzurri had a compact block in their defensive phase. Lukic had an opportunity to score from a freekick but his attempt got saved by Handanovic. Inzaghi brought Vecino and Sanchez in to get more control of the game. Sanchez came close to scoring the 2nd goal but he got denied by the post. Inter managed to keep another clean sheet.