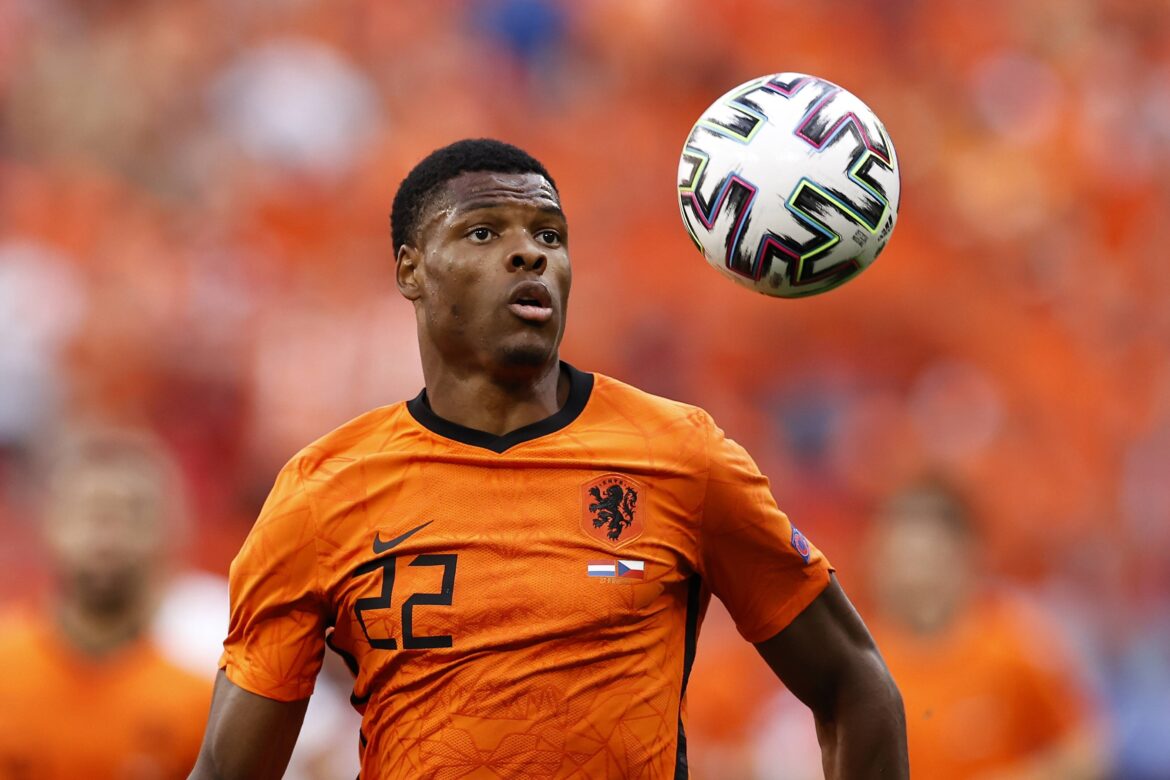 How good is Denzel Dumfries? The Dutch full-back is Inter Milan’s priority this summer and they have made a bid of €12 million for him. The Nerazzurri are looking for a suitable player who can replace Achraf Hakimi as he has moved to Paris Saint Germain. Inter first approached PSV Eindhoven with a loan offer but they did not accept it. The Dutch side wants to sell him permanently. Inter can now sign him permanently as they now have enough money after selling Lukaku to Chelsea. But PSV Eindhoven feel that €12 million does not match their evaluation so Inter will have to make a bid again.

Denzel Dumfries is similar to Hakimi as he likes to make the driving runs forward. However, the Dutch international is not as technical as Hakimi, he is not accurate in crossing when compared to Hakimi. But he is good in the air and did score a header in the UEFA Euros 2020 after making a run. He was brilliant for the Netherlands in a back 3 system. So, he can fit in Inzaghi’s plans as well comfortably. The 25-year old’s defensive awareness is average, but he is quick and strong and also commits some technical fouls. Dumfries has scored 13 goals for PSV Eindhoven in 89 matches, which is not bad for a full-back. He does not like to dribble much like Hakimi, he is direct and likes to play short passes to take the team forward.

The Dutch side are ready to sell their full-back if Inter can increase their bid by €2 million. Inter might accept giving €14 million after some negotiation.

Dumfries will bring some leadership qualities as well as he has been the captain of his club in several games.