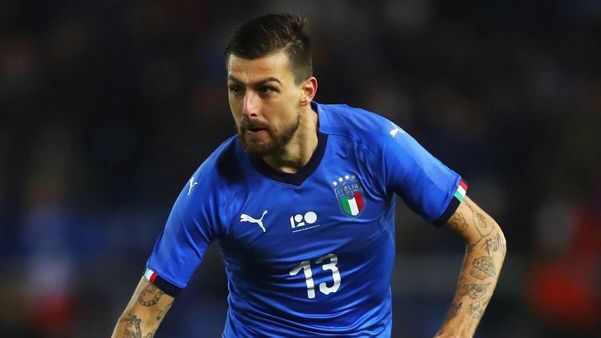 I can stop Romelu Lukaku says Italian defender Francesco Acerbi. In fact, Acerbi recently said that Lukaku is harder to mark than Ronaldo. Lukaku scored 24 goals in Serie A while Ronaldo scored 29 goals. Although, Inter won the Serie A title this season. It is their first Scudetto after 2010. Inter last has a treble win in 2010 under Jose Mourinho. Conte was the Inter manager during the Serie A win. The contribution of the 51-year old is tremendous for the club.

Conte strategized really well in Serie A and helped Inter win the Scudetto. He also helped certain players in working on their strengths. Inter men like Lukaku, Barella, and Martinez are some of the important names. Lukaku got the right platform and the right manager to showcase and work on his strengths. Lukaku has always been a goalscorer. However, he has grown tremendously in his spell at Inter. The 28-year old was the MVP in Serie A and too Inter across the other side of the tournament.

While Acerbi agrees that Lukaku is a growing talent, he believes he can tackle Lukaku in the quarter-final. Belgium have come to the quarter-finals with extreme ease winning all three games. On the other hand, Italy have also given heavy competition to the opposite sides. Acerbi believes that he can work on stopping Lukaku from scoring goals. The 33-year old says that Lukaku is a player that requires complete and undivided attention. If he gets the freedom to move freely, he will definitely score a goal.

Thus, as he has played against the 28-year old before in Serie A, he believes he can stop him in the quarter-final match too. Belgium coach Roberto Martinez is happy with his squad and would be looking forward to continuing the winning streak? Who will win in the battle of best vs best?