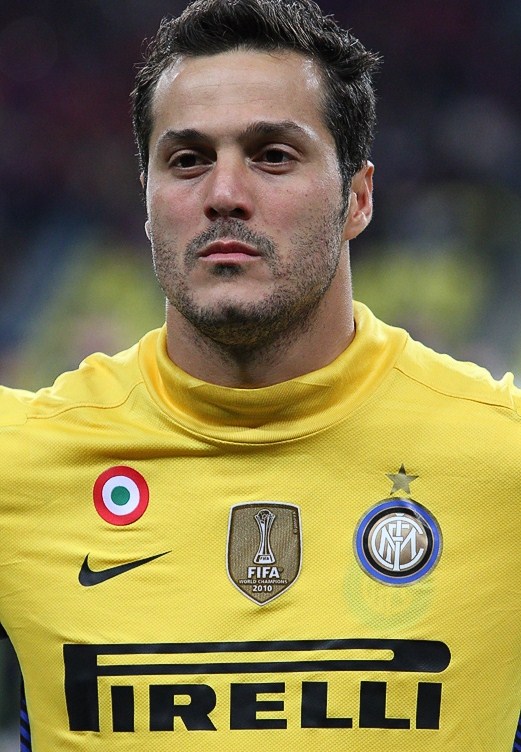 I love Nicolo Barella says Inter Legend Julio Cesar. He said that Lukaku and Lautaro have played a crucial role but Barella is a consistent player. Further, Inter have kept up the hard work throughout the season to win the Scudetto. He explained that it’s not just the big games that need to be won, but also the smaller games. There are six-point games that one should win but winning the games with ‘smaller’ teams is like a ladder to success.

Talking about the duo, LuLa, he added that they have been crucial in the Scudetto win. They finalized the work that Inter’s defenders started. Julio Ceaser played as a goalkeeper in his early days and was a part of Inter for seven years. In his time with the club, he won five scudetti. Along with that he also won the 2009-10 UEFA Champions League and the 2010 FIFA Club World Cup. He received the Goalkeeper of the Year award in both 2009 and 2010.

In October 2011, he played his 200th Serie A match for Inter Milan. And in May 2012, he made his 300th appearance for Inter. However, he bid goodbye to the club in 2013. After there were rumors of loss of his form, Inter signed Samir Handanovic from Udinese to take his place. However, now he thinks that Inter have shown consistency in their efforts throughout the season and deserve the win.

Nicolo Barella is simple and consistent with his performances. In the past two seasons, he has worked hard and established himself as one of the best midfielders in Europe. He adapted to Conte’s system quickly and became one of his favorites. Conte has given a lot of six players that are a must-keep and Barella is one of them. Conte will stay at the club only if the ‘star players’ are there.