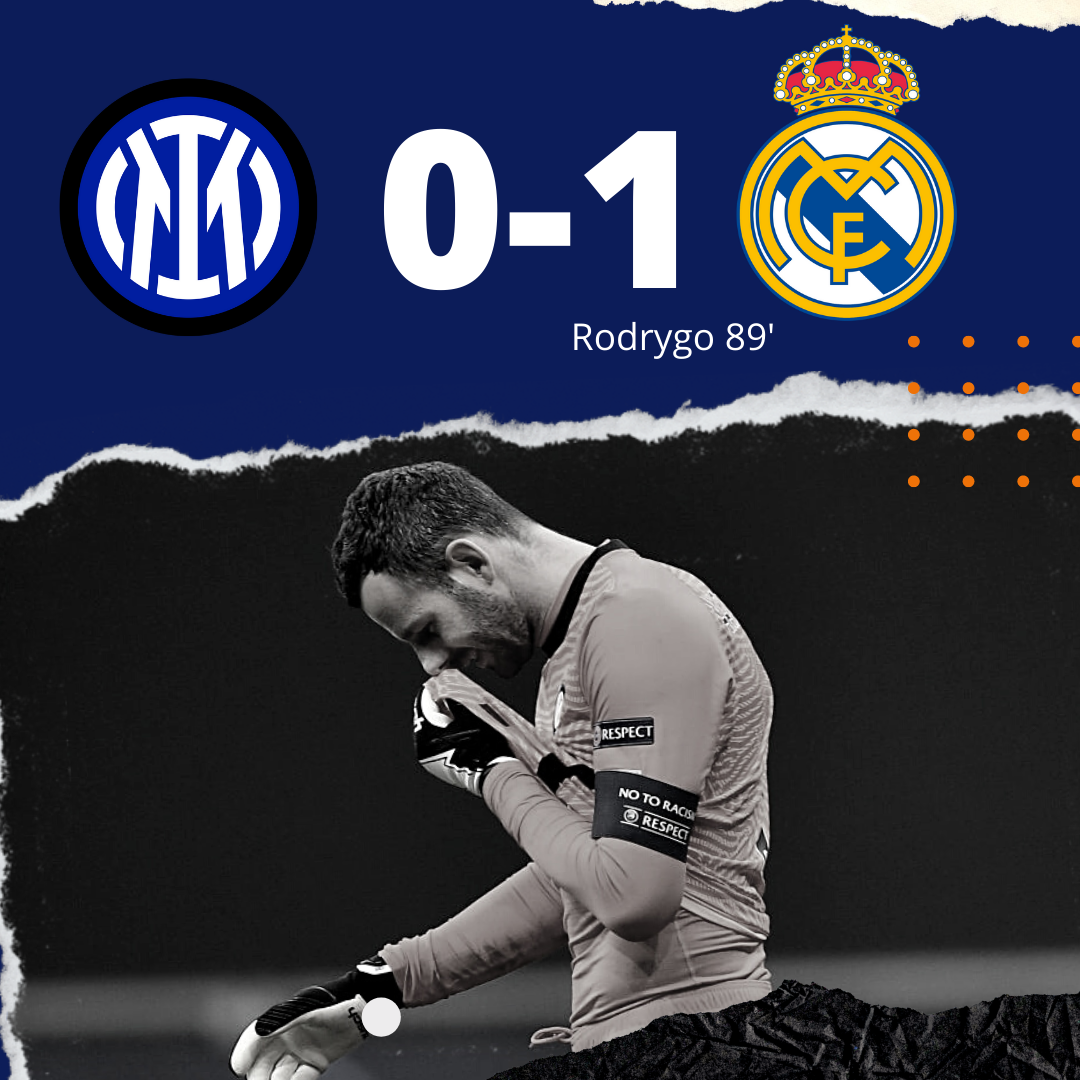 Inter could not convert their chances in the first half and lost 0-1 to Real Madrid. It was a game of two halves and very entertaining overall. Inter failed to get a lead in the first half which later got back at them as Rodrygo scored a late winner. The Nerazzurri looked solid throughout the game but just dropped off towards the end. Inzaghi will feel unlucky as he should have gotten at least a point from this match. But, he would be happy with the performance of some of his players.

The Nerazzurri dominated the first half and created a plethora of chances but could not beat Courtois. They took 14 shots in the first half but none of them could find the back of the net. The Belgian shot-stopper kept Real Madrid in the game single-handedly as Inter could not get past him. Inter’s strikers could not place their shots properly and went on to pay its price in the end. Dzeko saw his effort go straight into Courtois’ hands in the start. Later in the half, Lautaro had a superb chance to put Inter ahead but his header was pushed away by Courtois. Real created a couple of chances in the first half but none of them were threatening.

In the 2nd half, Real Madrid looked much more dominating, especially in terms of possession. The Los Blancos also had a higher back line which suffocated Inter Milan in their own half. The Nerazzurri could not break into the counter like they did in the first half and struggled to create chances. However, Inter looked pretty solid at the back with Skriniar keeping Vinicius Jr. quite on the right flank. Brozovic had a great game as well and had 123 touches in the match. Real Madrid started with Vazquez to prevent the threat of Perisic which worked to some extent. They also played Nacho at left-back, and he created a pseudo-back 3 to give them more protection. Modric dominated the game for Madrid and received a round of applause from the Nerazzurri fans when he got off.

Inter made early substitutions which was partly done to keep everyone fit for the match on Saturday. But the subs failed to create an impact and by subbing Lautaro, Perisic and Calhanoglu off, Inter were less threatening in the attacking third. Meanwhile, Ancelotti used his subs really well as they managed to score a late goal. Camavinga and Rodrygo combined to give Real the lead in the last minute. Camavinga played a nice one-two with Valverde who picked his run brilliantly in the box, Vidal could have done better by marking the Frenchman. Eduardo Camavinga then played a first-time volley pass to Rodrygo who finished calmly to the bottom corner.

Inter Milan will now turn their focus back to Serie A. And will try to win the other games in Champions League so that they get past the group stage this time.