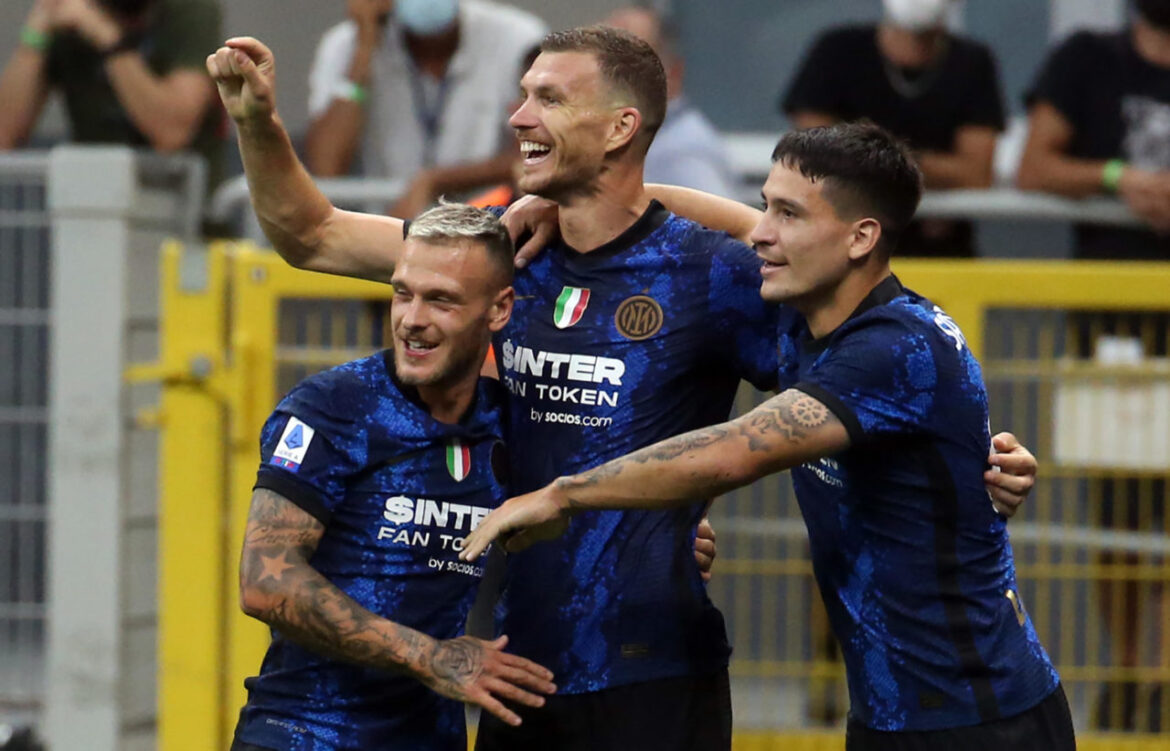 Inter 21/22 season review, why the Nerazzurri could not defend the title? Inter were close to winning the Scudetto again and were in the title race till the last matchday. But, their city rivals did not slip up and got the results in their last six matches. Inter had lost their advantage after losing to Bologna, while AC Milan ran away with the title after that. The Rossoneri got their form at the right time and managed to secure the title with a final push.

But still, Inter had a lot to celebrate this season as they reached the Round of 16 in the Champions League after a long time. Inter managed to beat Liverpool at Anfield but lost on aggregate. The Nerazzurri completed a domestic double and finished 2nd in the league. They ended the Coppa Italia drought and managed to beat Milan and Juve on their way. Inter gave their fans loads of goals to celebrate as they scored 84 goals in the league.

Inter 21/22 season review, where did the Nerazzurri lose the title?

The Nerazzurri had a great start to the season and were on right track to defend the Scudetto. There was a significant gap between Milan and Inter when they faced each other for the first time. The game ended in a draw, and Inter continued their run. But with the start of this year, players started to look tired. Inzaghi started Calhanoglu, Brozovic and Barella for every game possible. The Nerazzurri lost points when Brozovic had an injury as they do not have a decent backup.

On 5th February, Inter lost the Derby della Madonnina and gave Milan a way back in the title race. Inter somehow gained their form back and were ahead in the race, but the loss to Bologna ended all hopes. But still, after losing Conte, Lukaku and Hakimi in the window, the Nerazzurri won trophies and had a good season.