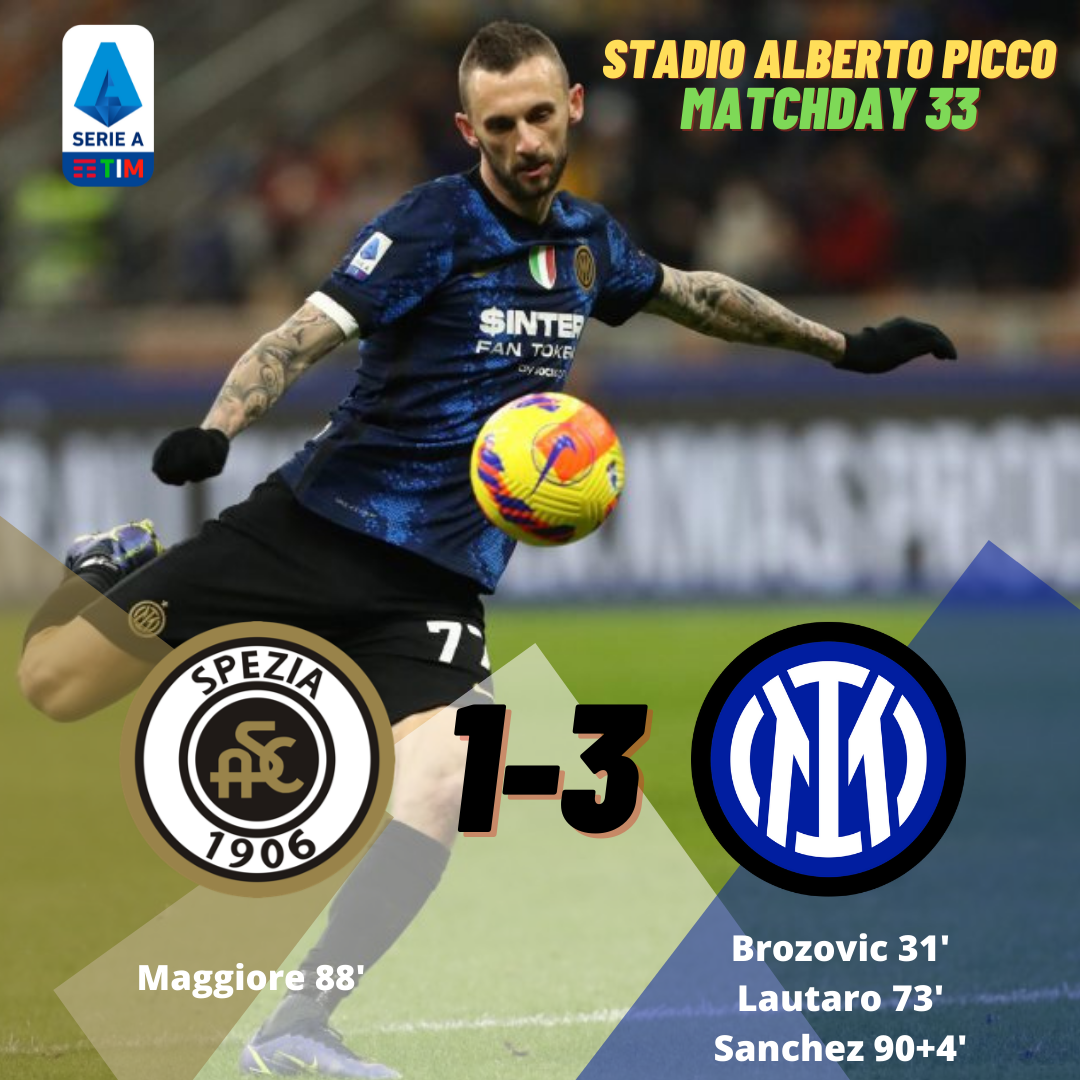 Inter beat Spezia 3-1 to move forward in the title race with their third consecutive win in the league. However, the Nerazzurri are still in 2nd position as AC Milan won against Genoa. Inzaghi decided to start Correa and Dzeko at the top with Lautaro on the bench like in the last game. Also, he kept De Vrij on the bench, and D’Ambrosio started in the wide center back position. He made underlapping runs forward, which resulted in the first goal.

Spezia looked good in the start as they were pressuring Inter to disrupt their build-up. They had a chance early on, as Maggiore found Gyasi, but he could not beat Handanovic. The Inter captain charged forward on time to stop the Ghana international.

Brozovic was looking good in possession as his balls were creating problems for Spezia’s backline. His long ball found Dzeko, whose shot hit the post. The Croatian got a reward as his ball found D’Ambrosio near the box, and he headed that towards Brozovic. The Croatian produced a beautiful volley from his left foot and placed it into the top corner.

Spezia were looking to keep a high line in the second half and Rey Manaj was posing a couple of problems to Inter. The Nerazzurri had to make changes as they were not creating enough chances in the second half, so Inzaghi brought in Sanchez and Lautaro. Sanchez won a free-kick shortly after and gave Barella a chance to make 2-0.

Perisic was causing problems to Spezia from the left flank with his crosses. He created the second goal after running down the flank and then chopping to his right foot for delivering the cross. Lautaro produced a cheeky and clever finish. The Argentine flicked the ball from his right foot to the far bottom corner. Inzaghi then made some substitutions to keep the players fresh.

Spezia gave Inter a little scare in the end, as their captain scored a delightful goal from his right foot curling away to the left post and then went in. Spezia were now pushing up to salvage a point. However, this left them open at the back, and Inter got their third goal. Lautaro found Sanchez easily as he had lots of space at the back. The Chilean finished it calmly on the left corner to secure three points for Inter.