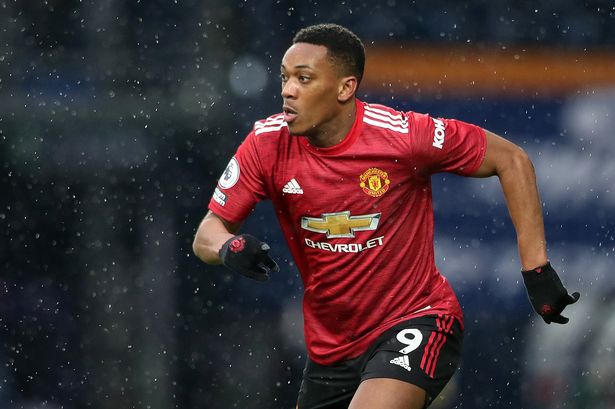 Inter Milan can sign Anthony Martial from Manchester United. The Red Devils are willing to sell the French striker as they have renewed Edinson Cavani’s contract and they also have Sancho now who can play on either wings. Anthony Martial was not up to the mark last season as he struggled in front of the goal. Inter are looking to sign the French international on loan but United are not willing to send him on loan. They want to sell the striker this summer permanently. Inter now have some money but they want to sign another striker too. Duvan Zapata has been linked with Inter for some time now. Also, Atalanta are willing to sell the Columbian.

But Inter Milan might get a better deal with Manchester United. Anthony Martial is still 25-years old while Duvan Zapata is 30. However, Zapata has the experience of playing in Serie A and was brilliant for Atalanta in recent seasons. Both the teams are demanding €40 million for their players. Inter are ready to give a loan deal which Man United are not going to accept. However, their stance can change by the end of this transfer window. But Inter Milan want to sign a striker quickly as the new season is coming.

Lukaku will return to Chelsea soon so Inter are now searching for a replacement. Martial is quick and makes good runs so Inter can benefit from him. However, they need a physical striker who can hold the ball upfront like Lukaku. Edin Dzeko, who is also on Inter’s radar, can provide that.

Martial joined Manchester United in 2015 from Monaco where he had a breakout season. The French forward has scored 78 goals in 258 matches for United. Inter will now have to decide who they want to sign.