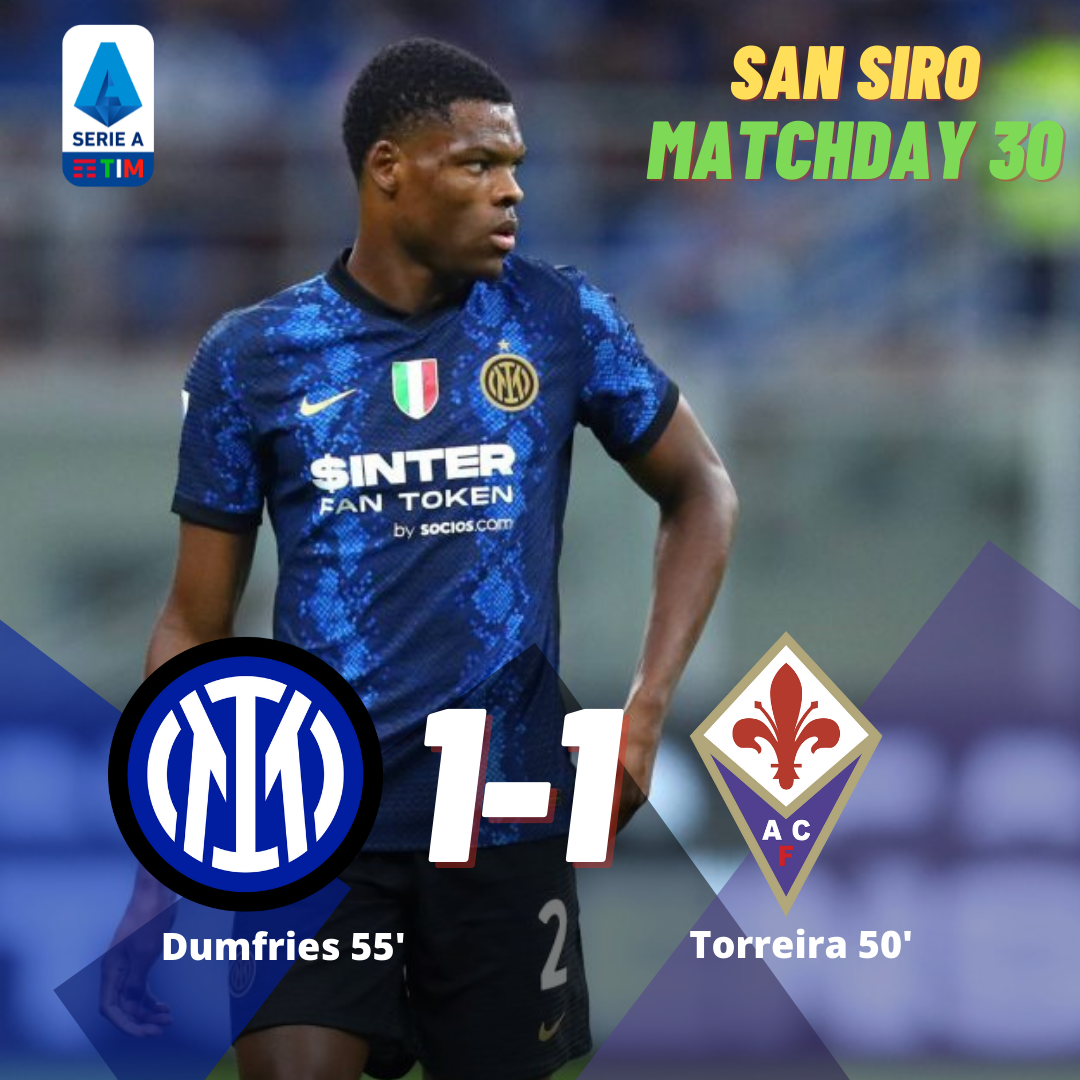 Inter’s Scudetto defence took a massive blow last night. As Inter were held by Fiorentina, the Nerazzurri dropped two more points. This means that Inter are now six points off Milan with a game in hand. The ‘No Brozovic, No Party’ theme was on display again. Calhanoglu took the regista role in Brozovic’s absence.

Inzaghi’s men are consistently failing to produce any creativity in the midfield. And the problem only intensifies in the absence of Brozovic who more or less runs the system for Inter. Fiorentina were dominating Inter in the early minutes of the game. A lack of buildup play meant that Inter were often left wanting in the middle. The first half came to a close without any goals.

Early in the second half, La Viola put one past Handanovic through Torreira. Inter’s response was what fans like to see, a quick buildup from the back followed by a Perisic cross and in the back of the net by a brilliant Dumfries finish. For the rest of the match, Inter made attempt after attempt to grab a winner. Also, Fiorentina did make an occasional counter to grab a goal themselves. But the game came to an end with neither side managing to grab a winner. While Fiorentina got a valuable point off the Champions of Italy, Inter have lost a lot of ground in the race for the Scudetto.

Inter held by Fiorentina! What’s next for the Nerazzurri?

Inter’s problems lie in the absence of a reliable replacement for Brozovic. Furthermore, a misfiring frontline in almost every game is adding to the woes. As a successful Scudetto defence looks out of sight for the Nerazzurri now, what’s next? Inzaghi’s men will look to solidify their bid for the top four in the coming weeks. With how Inter have been playing, it won’t be a surprise if they risk a top-four finish.

Thankfully, Inter are still in the hunt for a Coppa Italia triumph. After returning from the international break, Inter will play Juventus in the league and a couple of weeks later, Milan in the second leg of the Coppa Italia semifinal. Moreover, Inter can still finish the season with a series of solid wins and get back in the hunt for the title if Milan and Napoli give them some space. But, for the time being, the quest for the second star is all but over for this season.