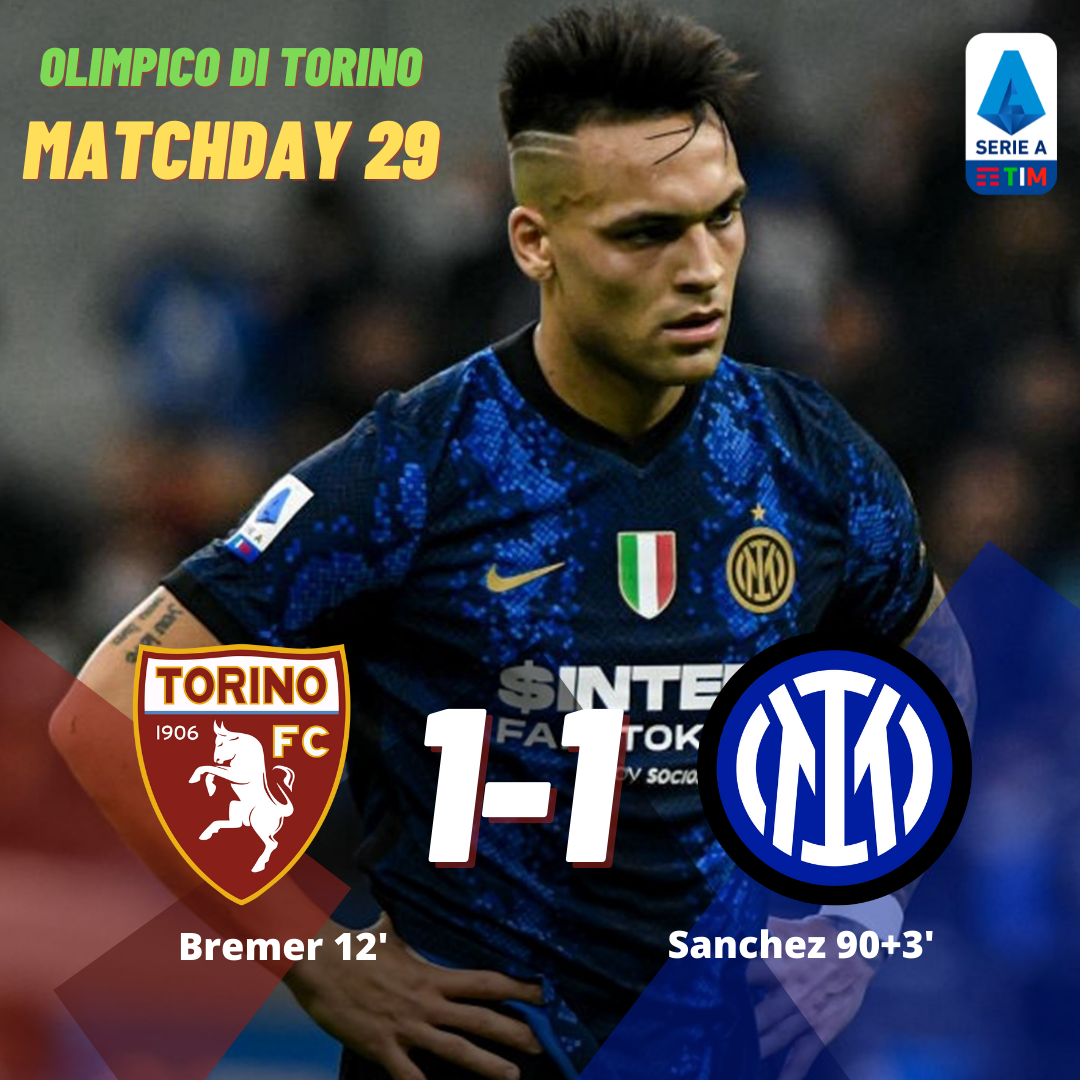 Alexis Sanchez hits a late equaliser to rescue a point for Inter. The Nerazzurri have only won one match in their last six Serie A games and are now four points behind Milan. They are down to the third spot and will have to focus on the remaining games. Inzaghi had to make changes as Brozovic and De Vrij were out because of calf problems. Inter missed Brozovic as Vecino was not able to build up quickly from the back and could not break Torino’s attacks soon.

Torino brought Lukic back in the midfield and started the game well with a high press. Inter were struggling to build up from the back and had to go long, with Dzeko acting as a focal point. Torino opened the scoring from the corner. In the 12th minute, Brekalo’s corner created havoc in the box, and Bremer managed to put the ball into the net. The Brazilian is on Inter’s radar as they want to sign a defender in Summer.

Inter responded with Calhanoglu’s free-kick as Lautaro produced a thumping header, but Berisha managed to push it away. Belotti had a penalty appeal, but VAR denied it as there was not much contact from Ranocchia.

Inzaghi made a couple of subs right after the second half as he looked to turn the match. Dimarco and Gosens came in for Bastoni and Perisic to give Inter more impetus from the left flank. Dimarco had a brilliant chance as Dzeko gave a through pass to him. But the Italian defender could not beat Berisha as he kept the ball away by coming forward. Belotti was pushing Inter’s defense back with his in-behind runs.

Vidal and Sanchez then came for Inter, and the Chilean duo brought some energy in attack. Dzeko got a brilliant chance as Dimarco’s cross found him. But the Bosnian could not keep his header on target from a close range. However, the 35-year old got an assist in injury time. He gave the ball to Sanchez, who produced a precise finish to give Inter a crucial point.